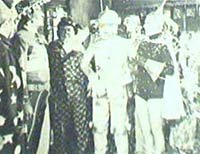 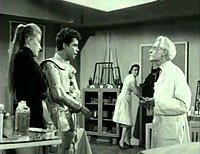 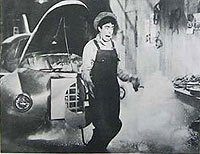 This is a pretty obscure Mexican comedy which now seems to be a lost movie. It is mentioned as the first-ever Mexican movie about UFOs. I happen to have a Mexican lobby card of it. The illustrations and the one still, featuring a female alien and a robot, on that card, make me think that it might have been partially influenced from the British-made DEVIL GIRL FROM MARS from 1954. Web searches on Spanish-language sites come up with almost nothing. The only bit of information that I could find on this movies is that it was about a guy and his girlfriend pretending to come from outer space. If that plot synopsis is correct, then the movie would be a parody.

Review by Kaya Ozkaracalar from Istanbul, Turkey from the Internet Movie Database.