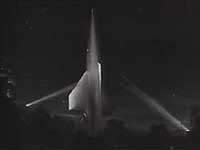 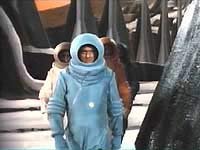 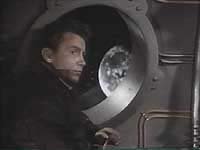 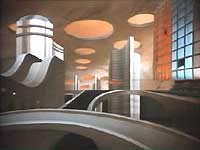 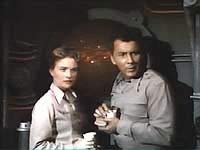 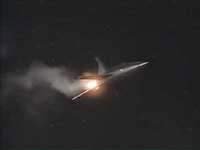 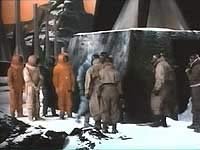 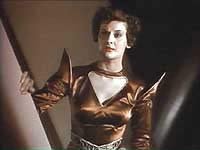 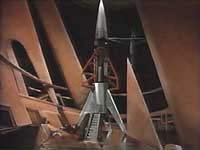 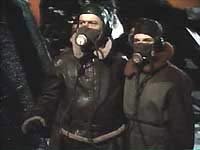 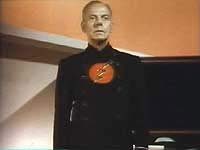 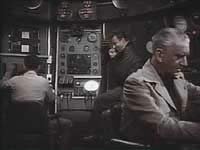 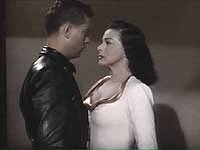 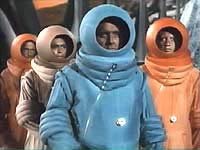 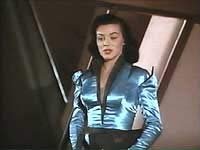 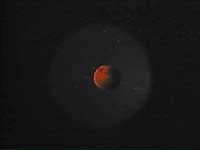 Flight to Mars, (1951) Was directed by Lesley Selander, and Written by Arthur Strawn. It was filmed in Supercinecolor, and the print I viewed was clean and bright, if not sharp. This was nifty stuff for a grown up science fiction picture. Destination Moon came out a year earlier, and frankly was much better. This is not so evident at the start of Flight to Mars. It begins well enough. Spoiler Alert, I will be talking about the film. In truth, it seems like the story had two writers, the first influenced by the Science and personalities of those involved in the Mission. Told through the eyes of the Investigative Journalist Steve Abbott Played straight as a hard hitting shot of gin, by Cameron Mitchell, Abbot happened to get in good with the crew of four guys and a girl. The Project Flight commander, Doctor Jim Barker, played by Arthur Franz, and his jilted fiancé, Carol Stafford, played by Virginia Huston. Also on board is a Scientist Doctor Lane played by Jon Litel, designed the craft, and last but not least the groups mathematician and observer Professor Jackson, played by Richard Gaines. Good enough for a start. On the plus side, the musical score was competent, yet somewhat exaggerated in style; cue military music followed by big opening shot fanfare, etc. The ship design was nicely done, and as it turns out, it was so popular that the same ship was used in three other space movies that followed. "Queen of Outer Space (1958) World without End (1956) and the space movie with the stowaway Monster, It the Terror from Beyond Space (1958) So far so good.

On the other hand, Once they land on Mars, it's like another writer took over, one who was more into Flash Gordon. Yes, there are people on mars, and they look like us, and they are costumed in the suits used in the fore mentioned, Destination Moon. They treat us friendly at first, but in the end, want to steal our ship so they can go off to conquer earth. On Mars we meet a varied cast of characters, A kindly council member who defends the earth people, his lovely daughter Alicia Played by Margurite Chapman, who falls for the dashing captain, The bad guys who plot against the Earth people are led by the nasty Ikron, played by Morris Ancrum. Plots against the Earthlings ensue, and only by wits and moxie, do we foil our foes.

A kid even back then might have thought it talky, and boring, once the ship crashes, and they start exploring the Martian habitat. Ooops, it seems Mars is running out of it's resources, and needs to conquer the Earth.

On the plus side again there was some beautiful costume design for the ladies of Mars. and the rumor has it that the movie was shot between five and eleven days.

Consider also the science fiction movie competition it had. Also released in 1951; The Day the Earth Stood Still, The Thing, and When Worlds Collide. Those define Awesome. Mars would have to wait to make a cinematic comeback.

Review by gpeltz from the Internet Movie Database.