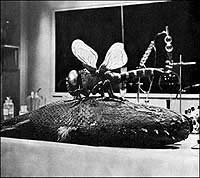 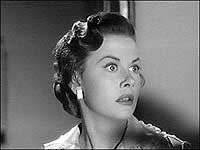 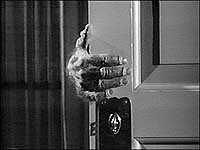 To begin with, I had missed out on this one a couple of times on Italian TV in the past  so I was glad to finally get around to watching it for the first time via the Universal DVD as part of their "Classic Sci-Fi Ultimate Collection" set.

While a lesser effort overall coming from Arnold, this slow-starting, then thought-provoking film references several well-worn horror formulas  particularly of the Wolf ManJekyll & Hyde variety (with the prehistoric amphibian element, presumably, a nod to the director's own earlier Universal success CREATURE FROM THE BLACK LAGOON [1954]!)  and even takes care to include an anti-Nuclear message. Despite being lensed by renowned cinematographer Russell Metty, the film's look isn't especially interesting  nor is the monster one of the most memorable creations of the sci-fi era (though it's received a fair degree of exposure in the various books on the genre I own, frankly, the monster looks better in stills than it does on film).

The catchpenny title suggests a teen-oriented venture, but the only such character to get a considerable amount of screen-time is heart-throb Troy Donahue. In fact, protagonist Arthur Franz' role here is perhaps the most substantial of its type that he played  doing well enough as both the obsessed scientist and the 'throwback anthropoid' he inadvertently turns into (especially effective in the scene where it dawns on him that he's the monster everyone's looking for). His girlfriend, played by Joanna Moore, is slightly above average as vintage sci-fi leading ladies go  while solid support is provided by Judson Pratt as the heavy-set police detective and the ubiquitous Whit Bissell as a conservative medic.

An interesting point regarding the metamorphosis is that it only happens after exposure to the blood of an extinct fish that had been subjected to radiation  which rather makes the situations behind his subsequent 'regressions' not a little contrived! The climax can't resist having the monster run off with the leading lady a' la the Gill Man from the "Black Lagoon" films; besides, the final transformation (which Franz does in order to prove his point  clearly in direct imitation of the JekyllHyde prototype  that a Neanderthal man is responsible for the killing spree which has gripped the campus and the surrounding area) does feel, perhaps, like one too many trips to the welland it's further marred by the heroine idiotically remarking at one point that the monster is wearing Franz' clothes!!

I've yet to watch German émigré director E.A. Dupont's solitary horror effort on similar lines, THE NEANDERTHAL MAN (1953); that said, the intermittent presence in MONSTER ON THE CAMPUS of mutant animals (namely, a vicious dog and a giant dragonfly) also reminded me of the fact that it's high time I reacquaint myself with the likes of THE FLY (1958) and THE ALLIGATOR PEOPLE (1959)  the former is supposed to be re-issued by Fox around Halloween as part of a Box Set (along with its two inferior sequels), while the latter is available on a bare-bones but affordable DVD (incidentally, also from Fox). By the way, I'm now left with only THE SPACE CHILDREN (1958) to catch up with from Arnold's numerous genre outings...