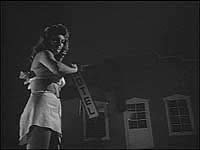 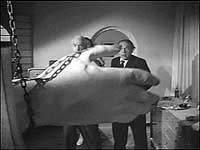 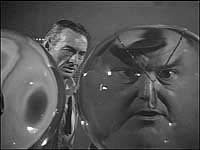 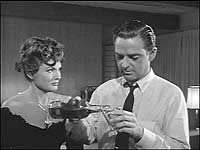 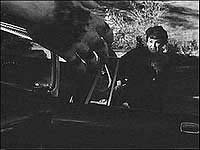 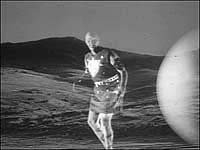 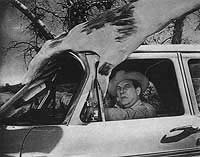 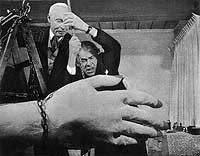 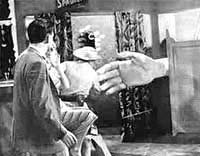 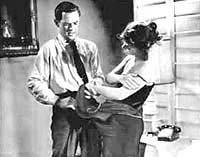 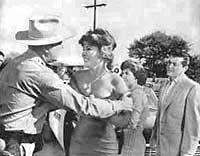 Attack Of The 50 Foot Woman tells the story of a woman who grows to be 50 feet tall following a UFO encounter and a murder attempt. With revenge on her mind, she goes after her cheating husband.

Normally, I have a tendency to like this kind of movies, but unlike some other bad sci-fi movies that I have seen, there was absolutely no excuse whatsoever for this mess of a movie. Attack Of The 50 Foot Woman is a terrible movie, terrible, terrible, terrible! It's cheesy, predictable, clichéd, and stupid. Okay, I know I may have used that kind of vocabulary in my reviews for some of the other bad sci-fi movies that I have seen, but what makes this one different from the rest is that it is not even funny bad, it's just plain bad. As the movie went on, rather than laughing at the shoddy production values, I just ended up staring at the screen with a look on my face that went something like: "Seriously?!" This movie doesn't even have the qualities that most bad movies have, yes, it really is that terrible of a movie!

The entire movie was stupid. A man is cheating on his wife, and believing that she might come after him, decides to have her killed, however, it doesn't go through, and eventually things get out of control when she grows to be 50 feet tall. In my opinion, this movie seemed more in an attempt to crank out sexual appeal rather than hokey sci-fi qualities, and that attempt failed utterly. Considering the way that I feel about most bad sci-fi movies of the 1950's, I tried to keep an open mind about this one, but ultimately, it didn't work for me, and I ended up see a movie that in my opinion, was a horrid film with no redeeming qualities, not even those associated with the movies of Ed Wood. In fact, I'm sure that Ed Wood probably could have done a better job if he had been helming the director's reins.

Also, the writing is repulsive, to where we don't feel a thing in any sort of way for any of the characters in the movie. Allison Hayes' character was so unlikeable that I actually didn't care if she got revenge on her husband or not, in fact, I cared more about when she would be killed or not, which occurs right at the end. William Hudson, who plays the cheating husband seemed to be the only one who was actually trying to act. And I have to wonder, I have to wonder just how far they made it through shooting before Hudson realized what a bomb he was in. Not to mention that the titular plot point doesn't appear until the final five minutes of the movie. Sorry everyone, sorry that you had to sit through about 60 minutes before things really got going, and then to suddenly end just five minutes later.

So all in all, this is definitely one of the worst of the 1950's science fiction films (and I don't mean that in a so bad it's good way, I mean it in a so bad it's terrible way). Seriously, who authorized the making of this movie, or even better, what possessed anybody to think that this was a good idea for a movie? So in short, if you want bad sci-fi, avoid this dreck and watch an Ed Wood movie instead, heck, even movies like The Giant Claw are better than this, this, whatever it is. This movie failed on all levels, it fails as a sci-fi movie, it fails as a bad sci-fi movies, and it fails as a movie as a whole. Lastly, if you are looking for a goodbad science fiction movie to watch, then Attack Of The 50 Foot Woman definitely is not the one.

Review by Edward Goldenberg from the Internet Movie Database.