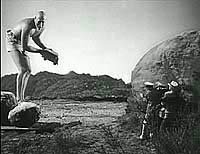 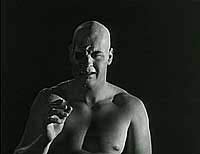 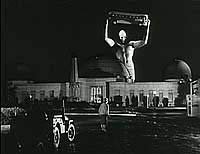 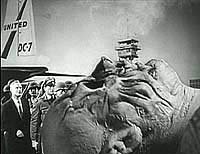 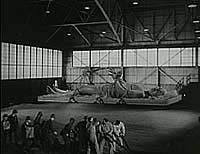 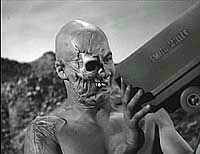 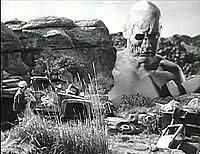 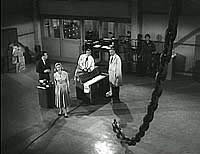 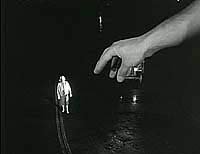 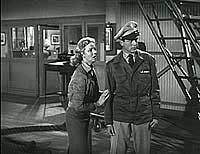 War of the Colossal Beast starts in Los Angeles as Joyce Mannning (Sally Fraser) hears about a strange incident in Mexico in which a man's truck mysterious disappears without leaving any tracks. The sister of 60 foot giant Col. Glenn Manning (Dean Parkin) who was apparently shot dead by the US military but whose body was never found Joyce suspects that her brother might be responsible for the vanishing truck & travels to Mexico to investigate, Major Mark Baird (Roger Pace) joins her & together they discover Glenn hiding in a mountain range & stealing trucks for food supplies. A trap is set & Glenn is rendered unconscious & flown to Los Angeles airport & chained to the floor of a huge hangar. More monster than man Glenn manages to escape & starts to terrorise Los Angeles, it's up to the authorities to try & prevent any harm coming to anyone & find a peaceful solution...

Produced & directed by Mr. BIG himself Bert I. Gordon this direct sequel to his earlier The Amazing Colossal Man (1957) was made only a couple of years later & having seen the original as recently as a couple of days ago I have to say while neither are exactly masterpieces I actually thought The War of the Colossal Beast was the slightly better film although most claim the opposite. The very questionable scientific nonsense from the original is absent here with no mention of Glenn's heart problems, at just under 70 minutes it moves along at a decent pace although the first twenty odd minutes is set-up as a mystery where we know what's happening to the missing truck's but it takes a while for the character's to catch up. The script is fairly basic, there's not a lot to the film & it's just a case of Manning being captured by the military, escaping, being captured again & escaping again although how he can just disappear is a mystery to me as a 60 foot tall giant isn't exactly inconspicuous is he? I mean he's hardly a set of car key's... The ending is a bit of a mystery too, after a unexpected twist in which Manning tries to commit suicide he just disappears into thin air which just looks totally bizarre & never explained. I also feel that the script does a better job of making you sympathise with Manning compared to the first which just paints him as an unlikable moaner although there is no mention of the plan to return Manning to his normal size that featured prominently in the original. The War of the Colossal Beast is a competently written & made low budget sci-fi horror that isn't brilliant but isn't that bad either, at only 70 odd minutes long at least it's short too.

The film doesn't really live up to it's dramatic sounding title, I would hardly describe anything that happens as even approaching a War & gone is the description of a mere Colossal Man to be replaced with the more terrifying sounding Colossal Beast! You may, or indeed may not, know that the 'thrilling' climax of The War of the Colossal Beast was shot in colour, don't get your hopes up though as while the ending does change from black and white to colour the colour footage lasts for all of thirty seconds. There are numerous flashbacks to the original film where footage is edited into this which helps explain the origins of Manning if you haven't seen the original. The special effects are alright & a slight step-up from the original, the matte work isn't quite as bad & Manning interacts with his surrounds more although the model work isn't that convincing. Originally released as a double package with Mr BIG's Attack of the Puppet People (1958).

Filmed in Los Angeles in California the production values are decent enough & it's competently made for what it is. The acting isn't great but it's not terrible, the original Colossal Man has been replaced with Dean Pickering who only gets to say one word throughout the entire film & has some fairly effective disfigured face make-up although his constant loud moaning type noises that makes irritated me.

The War of the Colossal Beast is a pretty good late 50's sci-fi monster film, it's fairly basic & not that much happens but at only 70 odd minutes it's fun while it last's. Not too bad at all & I actually prefer it to the original.