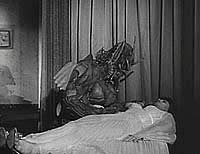 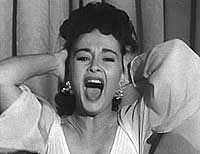 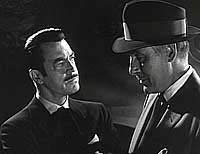 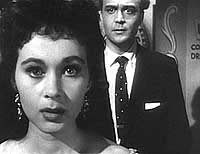 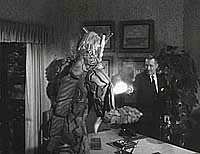 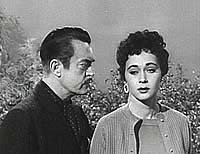 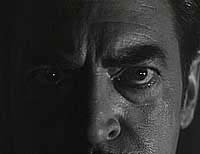 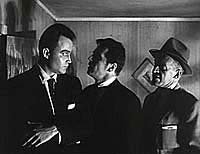 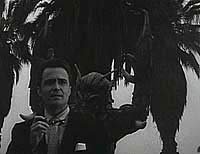 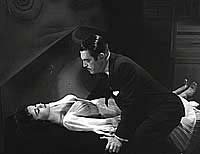 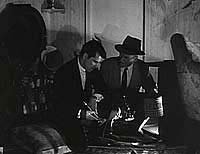 The 'giant' lobster from Teenagers from Space was a lot scarier than the She Creature, although I'll admit it wasn't quite as lame as the Corman killer carrot from Venus in It Conquered the World.

The plot of this movie is totally, irrevocably senseless. Apparently a stupid sideshow hypnotist named Dr. Carlo Lombardi(if this guy is a real doctor, then I'm a Nobel prize winning physicist) keeps a pretty woman under hypnosis(this guy is the early version of Rohypnol, the date rape drug) for no other reason except that he can, and she won't touch him when she's awake. Under hypnosis, her spirit reverts to a WAY former life, back to when she was a proto-human who lived in the sea. This energy, or her spirit, or whatever, take on physical form, which the good doctor can direct(huh? what i mean to say is..HUH?!) He sends this laughable creature out to kill, mostly for his own pleasure but partly to make money off of gullible rubes who think he can protect them from the monster. Which he can, since he's the one telling it to turn people into Chicken of the Sea.

The protagonist(sort of), is a dull guy who's a psychic researcher, who claims what he does has a scientific basis. Uh-huh. Therefore, he's different from the deranged quack Lombardi, although we're never sure how. He discovers Lombardi's little scam, saves the girl(again, we're not sure how, since he's a total puss), and there's an end shot on the beach with an 'invisible' monster that only the researcher can see(saving on special effects, I see). End of story, wherein the plot dies away not with a bang but with a whimper.

Review by Diana from the Internet Movie Database.