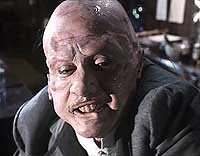 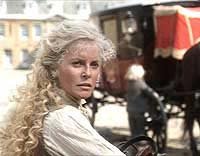 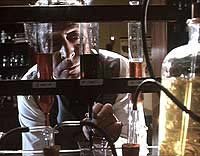 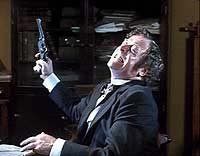 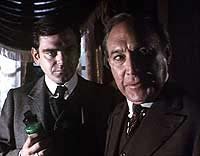 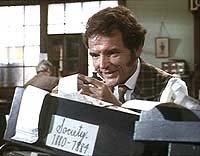 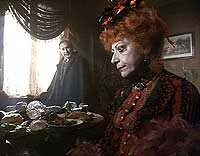 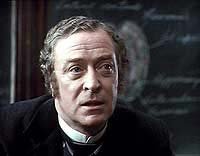 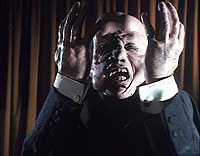 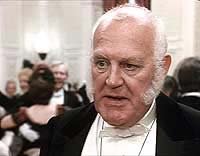 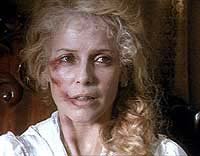 Second place goes to this 1990 production with Michael Caine, Cheryl Ladd & Joss Ackland. It's the acting, particularly in the 2nd half, that makes this such a treat to watch. Of course Caine is at the top of his game as usual. Repression & passion come through in full force, particularly in the explosive scene when he confronts his antagonist (Ackland). "Help me!" "Only God can help you now." "Then why doesn't he?!"

The story is simple (if I recall correclty from high school, the original Robert Louis Stevenson tale is only about 45 pages). Despite the many extravagant adaptations, the original story is quite tame on the surface, and this adaptation stays true to that spirit. Don't expect a lot of gore, mass killings and heart-pumping action because that was never the intent. Personally I think this approach works perfectly with violence kept to a minimum because it makes those few violent scenes much more disturbing when they happen.

A romantic angle was added with the character played by Cheryl Ladd (who shows off her acting talents as well as a decent Victorian accent). And although I'm usually cynical toward writers inserting romantic angles, this worked seamlessly. The climax wouldn't have been half as effective without Ladd's stellar performance. The antagonist played by Joss Ackland (whose sinister snarl you may remember from his racist, murdering character in Lethal Weapon 2, released the year before this) adds another welcome dimension. Ackland represents the antithesis to Caine's progressive views, a sort of dark, subversive demon who drags Caine down at every opportunity. Caine completes the triad with his portrayal of a man deeply & secretly tormented. He comes off with just the proper amount of scientific arrogance, kind-hearted humanity, and charming sophistication to make you love him instantly and connect with his pain.

The "4th lead role", Caine's acting as Hyde, is so menacing I thought it had to be a different actor. But no, it's still Michael Caine. The makeup & special effects are straightforward and "analog" (in other words, no big budget computer animation), but that makes the transformation even more intimate & personal. Thus it's even more disturbing when you realize what Hyde is capable of. It's never explicitly shown, but the implication is undeniable: he is a rapist. So yes, by visual standards, this film is tame. But if you read between the lines, it will disturb you to your very core.

Bear in mind, this was a late 80s TV production, so you'll have to forgive the usual TV shortcomings, like slightly overglossed presentation and a musical score which I felt upstaged the dramatic performances at times (I'm a big fan of the orchestra shutting up when a dramatic line is being spoken). But really these are minor nitpicks. It may take you 15 or 20 mins to sink into the movie, but once you do, it's a great ride picking up speed all the way to its colossal ending (which I believe is quite different from the original story, so don't miss it).

A final note about the DVD released in 2002 by Platinum Disc. While it seems to be a transfer from video, it's one of the better video transfers I've seen, crisp & vivid without much blurring. No subtitles or special features, though. If this film were ever to be remastered for Blu-ray I'd definitely pick it up. But until then, the DVD is definitely worth the 5 bucks.

Review by rooprect from the Internet Movie Database.