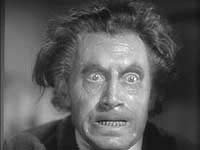 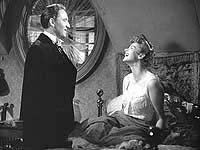 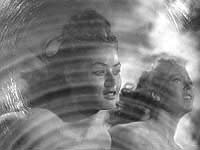 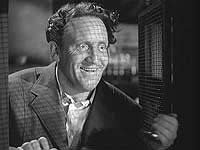 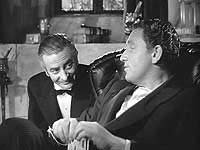 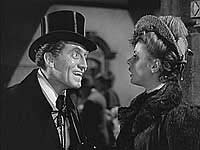 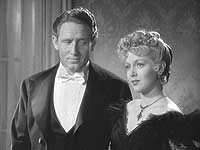 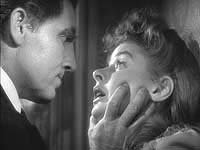 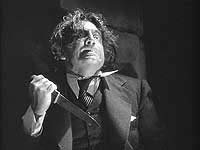 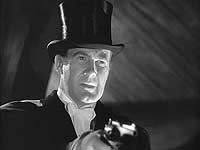 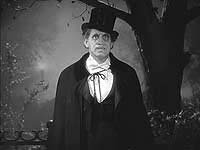 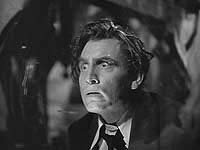 An adaptation of "Robert Louis Stevenson's classic "Strange Case of Dr. Jekyll and Mr. Hyde" wasn't particularly necessary after the 1931 version, but just as the Fredric March version brought new elements over the 1920 silent classic with John Barrymore, there could have been something fresh to make out of the 'old' material. The subject would have been even more relevant in the worldwide context of 1941. Unfortunately, the film only retreads the same formula and fails to pass as a superior version, mostly because of the prevailing Hays Code. Don't get me wrong, it is a good film in its own right and it's served by solid acting and confident directing, but the good parts were either as good in the 1931 version or better.

Although he looks more middle-aged than "young", Spencer Tracy delivers a fine performance as Dr. Jekyll, he's an ambitious, stubborn man who doesn't hesitate to confront a suspicious and unfriendly crowd when exposing some politically incorrect ideas about the natural duplicity of the human soul. And while he's a great Jekyll, Tracy can't explore the evil richness of Hyde as March was allowed to. I don't think it's a comment on his acting abilities since Tracy is the epitome of versatility, but something must have been too limiting in that directing from Fleming.

Mamoulian who did the 1931 film was a Russian so he could inject some bold creativity and he did... but Fleming was too conventional, if we except the one scene where I thought I was watching a Hitchcock movie. There's perhaps one stroke of genius that elevates the film slightly above its predecessor. During the transformation scene, a hallucination shows Jekyll whipping two horses whose faces are slowly transposed to the two women: Lana Turner who plays Beatrix, the eye-candy society lady and Ingrid Bergman who plays hell-for-soul prostitute Ivy Pearson. Apart from that one blow at the Code, the film might have been too 'good' for its own good.

Tracy could then only venture his character in the realm of emotional volatility rather than that bestial lust that made March so domineering. In the dinner scene, there's a lady referring to that new chap named Oscar Wilde. I don't think that was incongruous, among Wilde's famous quotations: "the best way to resist temptation is to yield to it.". The JekyllHyde story has always been built on two chapters: Jekyll resisting the temptation and Hyde's dark indulgences. But there's nothing in that Jekyll that seems ever exposed to the temptations, even when he first meets Ivy, Tracy plays it like a father figure and Bergman's heart is broken. We see love more than lust.

And it doesn't get better with Hyde, the 1931 one had the face of a prehistoric man, incarnating our hidden impulses, Hyde here is evil all right but the very point of Hyde is to be more than a villain, here he looks like some bum escaped from an asylum, a rabid dog ready to bite out of despair, but not like some individual driven by something repressed for years.Maybe it's Lana Turner as Beatrix who failed to inspire Tracy (too voluptuous and sweet) but in the 1931 film, you could feel the sexual tension between Rose Hobart and March, and a similar tension between Jekyll and Ivy (played by Myriam Hopkins).

I guess, the code is to be blamed, because while it does expose battle between the forces of good and evil in human soul, the line that Jekyll has to cross is never drawn in clear terms. There were even moments where it was hard to tell if he was Jekyll turning into Hyde or the opposite, and even harder to believe his friend and colleague and best friend Lanyon (Ian Hunter) didn't know it was Jekyll. Still, for all these flaws, the film has one asset and not the least, her name is Ingrid Bergman. I read that it was her performance in "Intermezzo" that won her the part for "Casablanca", I'm pretty confident that this film achieved to convince the producers, she was good on an Oscar level, proving to have some gift when it came to play long suffering women.

There was something in her performance as the poor ill-fated Ivy that almost stole the thunder of Jekyll and Hyde and avoided her typecast as 'nice women', she embodied the trauma of women who're pleasant enough to appeal to respectable men but can only attract sleazy thugs like Hyde. She was a real tragic character and indirectly the redeeming factor of the film. I didn't feel scared by Hyde as much as I felt sorry for Ivy. And the way she went from childish joy to sheer terror when the shadow of Hyde begun to creep was perhaps the most painful to watch moment. Yes she was that good.

And she was so good that according to Katharine Hepburn, Spencer Tracy wanted Bergman to play the dual role and I thought that was an interest twist on the story, how about the duplicity of women as well as men. Lana Turner didn't add nothing to the film (without ruining it though) so it's sad that Fleming didn't follow that advice, who knows, maybe the film's reputation would have been enhanced? It's still worth to watch for the atmosphere, the performances of the two leads but this is one movie where the context is crucial to understand where it succeeded, and where it failed. Fortunately, there's still the 1931 version, and it is the definite one.

Review by ElMaruecan82 from the Internet Movie Database.