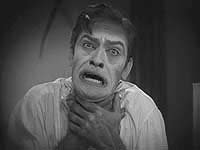 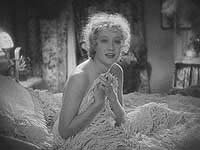 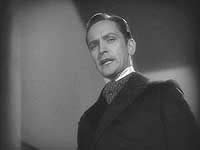 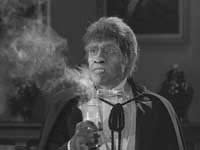 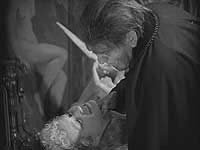 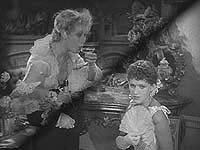 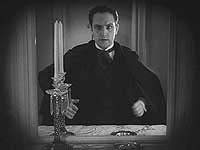 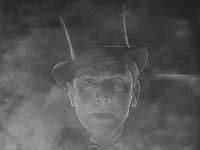 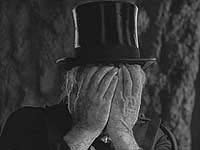 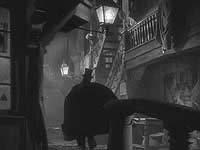 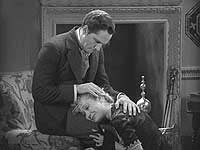 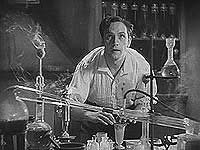 R L Stevenson's "Dr Jekyll and Mr Hyde" has been adapted many times for the cinema or television, often in versions which bear little resemblance to the original text. This early version does not always follow Stevenson's plot faithfully, but it does at least do it the courtesy of taking it seriously, unlike a number of later adaptations. The British-made "Dr Jekyll and Sister Hyde", for example, in which Jekyll turns into a sexy young woman, treated the story as an excuse for an odd mixture of horror, camp comedy and soft-core eroticism.

The central character is Henry Jekyll, a young doctor in late-Victorian London, who invents a potion which, he believes, will have the effect of separating the good and the evil sides of the human personality. The potion works, but not quite in the way which he intends. Jekyll, in his normal self, is a noble, idealistic figure who works selflessly to treat poor patients without accepting payment. When he drinks the potion, he turns into a brutal, lecherous monster, to whom he gives the name Hyde. Jekyll and Hyde are not only different in personality but also in looks. In this film, Hyde is distinctly simian in appearance, probably reflecting an early interpretation of Darwinism which held that the evil side of man's nature was a vestige of an earlier stage in his evolutionary history.

This theme of dualism is also present in the treatment of the two main female characters, Jekyll's fiancée Muriel and Hyde's mistress, the music-hall singer Ivy. Muriel represents the noble, angelic side of human nature. Ivy is not evil in the way in which Hyde is evil (she soon comes to fear him and the violence of which he is capable), but she nevertheless represents the carnal, earthy side of the human personality.

The film was made in 1931, in the very early days of the talking cinema, only three years after the first all-talking picture, "The Lights of New York". The style of acting is, as one might expect from a film of this date, very theatrical, more exaggerated and stylised than in later films. (Frederic March, however, copes very well with the challenges of his double role). The coming of sound brought with it the challenge of finding a new acting style to replace the mime of the silent days, and before distinctive cinematic acting techniques evolved the theatre was the obvious starting-point for the new medium. The dialogue is often even more overblown and theatrical than the acting styles. One feature that is well done is the transformation scenes where Jekyll changes into Hyde and back again; proof that effective special effects were possible long before the invention of CGI.

Another feature which sets the film apart from those made only a few years later is its relatively frank treatment of sexual matters, considerably franker than would have been permitted after the introduction of the Production Code in 1934. I doubt if the Hays Office would have been impressed by some of the scenes between Hyde and Ivy and would not have looked favourably on a film which strongly implies that there may be a link between criminality and sexual repression. The name of Jekyll's alter ego was obviously chosen by Stevenson as a pun on the words "Hyde" and "hide", and in this version Hyde is clearly the incarnation of the hidden side of Jekyll's own personality, particularly of his sexual instincts which have to be repressed during his lengthy engagement. (He and Muriel are very much in love and hoping to marry as soon as possible, but they are prevented from doing so by her strict father, General Carew, who has his doubts about Jekyll's suitability as a son-in-law).

Another reviewer stated that he did not regard this film as science fiction. In my opinion that is exactly what it is- science fiction and horror are not necessarily mutually exclusive. Not all sci-fi deals with space travel- the genre has a wider scope and covers all scientific or technical innovations which might conceivably affect society in the future. Modern science does not have anything that can transform the personality in exactly the same way as Jekyll's potion, but mood-altering drugs do offer an approximate parallel.

This film is sometimes regarded as one of the great classics of the cinema. It is one of the few films to which "Halliwell's Film Guide" awards four stars (out of four), a rare distinction for that publication, which gives the great majority of films either one star or none at all. I would not rate it quite so highly, but it is an interesting example of an early talkie and a reminder that even in its infancy the cinema was capable of dealing with weighty topics in an intelligent way.

Dec 30 2016, 05:15
A magnificent version of one of Horror's great works of literature.
Additional Off-Site Reviews: