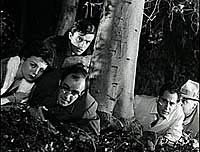 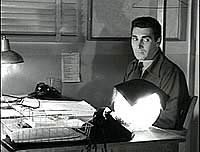 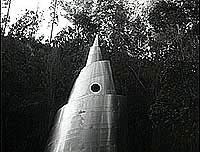 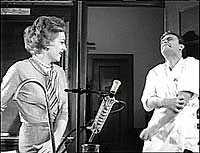 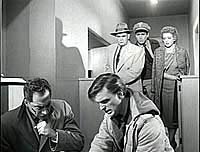 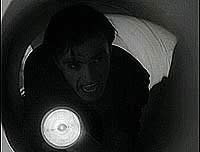 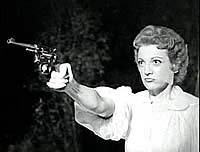 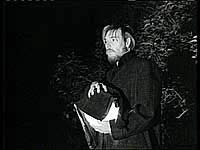 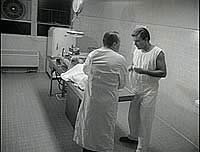 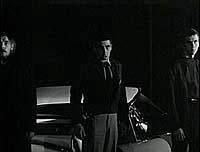 Parasitic creatures which attach to the back of their human hosts's necks, leaving vampire-like puncture marks(they also secrete acid)threaten the existence of human-kind and they're believed, at first, to have came from a mysterious cone-shaped capsule found in the country-side on the outskirts of a small town. It's up to scientist Dr. Kettering(Ed Nelson)and Glenn Cameron(Alan Frost)to stop the little leech-like monsters before the populace is overrun by these things. Senator Walter K Powers(Cornelius Keefe), from Washington DC, comes a barking orders to his heroes. The parasites have taken control of the sheriff and telegrapher, with "human agents", carrying orb-tanks with those things inside, working to spread the monsters throughout the town.

Obviously inspired by "Invasion of the Body Snatchers", I did wonder if aspects from this flick were lifted from those who wrote ALIEN. The film isn't too bad, but does leave some connecting stories unanswered, specifically the human agents spreading the creatures and particularly the sheriff who isn't apprehended at any time. Star Trek's Leonard Nimoy has a cameo at the end as a certain human host within the capsule carrying tanks containing several of those parasites.

The film's low budget definitely shows. Those loose ends untied(Powers proclaims the human agents will be apprehended he guarantees, but how can he be so sure?)did leave me rather unsatisfied..but, the little movie did leave me rather entertained. Not a great, or even good, film, but passable as a time-consumer.