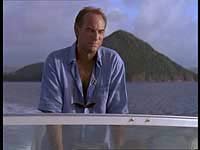 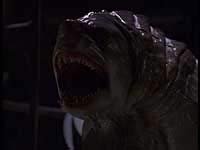 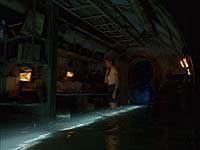 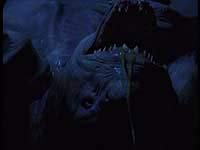 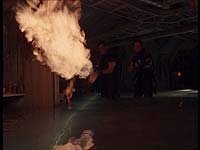 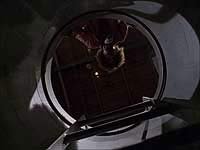 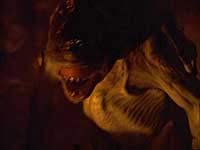 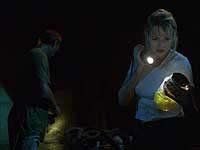 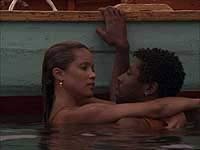 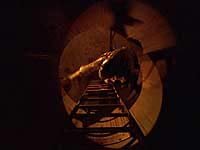 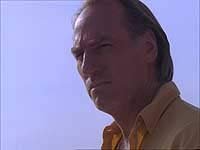 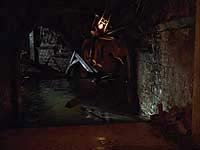 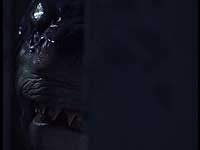 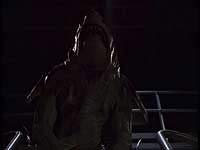 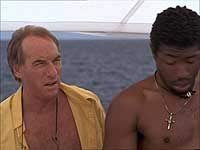 What is a mildly interesting and decent monster film is made less so by a weird sort of plagiarism, plus the nonsensical political dogma that seeps into the very-long adaptation.

The first half of this middling excursion into undersea terror is pretty much a repeat of Jaws, and of course perfectly legit as Benchley wrote that in the first place and likely won't sue himself for plagiarism. The second part is awfully similar to the Creature from the Black Lagoon, mostly the 3rd film of the series, The Creature Walks Among Us, where he's transformed into an amphibious being by single-minded scientists. But the differences are enough that Universal probably couldn't make a strong case to sue, yet it's apparent to those who know the Black Lagoon series. Don't know if it was Benchley or scripter Rockne O'Bannon who's responsible for this. Interestingly, another O'Bannon did something similar turning It! The Terror From Beyond Space into Alien, which spawned a lawsuit that was successful.

So back to Creature...the other problem is the rather outdated political sensibilities of a big government plot to create a monstrous biological weapon for use during Vietnam War, and subsequent typical cover-up by Gung Ho GIs who only live to kill. These are typical of Pen Densham and his gang who see Vietnam as US terrorizing innocents with all sorts of conspiracies, rather than US blundering into a war it found hard to fight, then made stupid decisions, and did not have the desire to win. Truth is Vietnam showed more about government incompetence than about government conspiracies.

Their viewpoint is that the ecologically-minded scientist would always be at odds with the hard-boiled military crowd, and this must be the case in order to present dramatic conflict and the protagonistantagonist situation, as typically the monsters or creations in their view are sympathetic, at least in the realm of pathos. As an example, when the scientist states he must kill the creature, it's taken as a matter of fact and necessity, with no dismay towards the scientist. But not so later when the Admiral states pretty much the same thing, and he's shown as callous and hard-core, and presented in a despicable light as is his crew.

If you haven't seen it, you can figure out already that the worst enemy here, the military, gets its just rewards from the creature, yet of course, the creature is not as worthy of life as the environmental scientist, so must be second to go. I almost forgot, the epitome of capitalism presented here as a money-grubbing salvage operator has to meet an untimely demise also.

But if you can get past all of this, then you might enjoy this on the level of a B-movie monster film, with the always superbly outstanding work of the monster-makers of Stan Winston Studios. Way better than CGI.