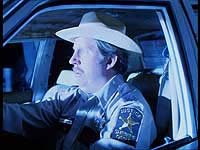 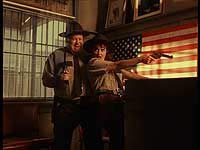 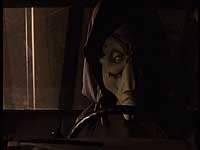 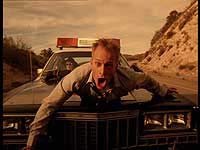 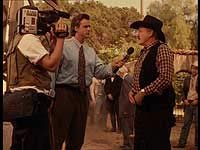 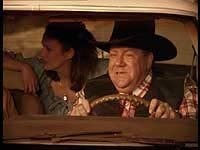 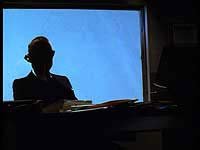 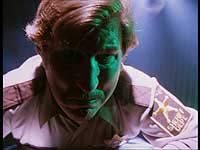 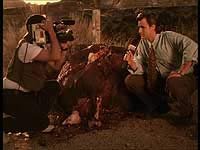 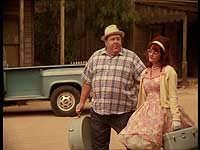 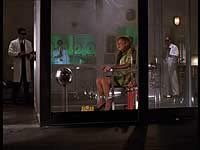 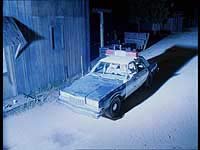 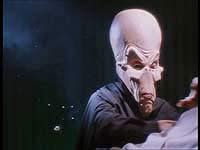 Charlie (George "Norm" Wendt) and Rhonda ("Just Say" Julie Brown) are a pair of cheerful, murderous aliens who become stranded on Earth and stumble upon a tiny western town. They become deputy sheriffs and dish out a deadly form of justice to speeders, murderers and others, while getting on the bad side of some of locals (led by Wayne Grace). Meanwhile, their sexy alien daughter (Anastasia Sakelaris) arrives in a skimpyshiny outfit with her black human husband (Christopher M. Brown) to find them and TV reporters and government agents turn up to fill up time.

From what I can tell, this is a deliberate attempt to cover every possible genre (comedy, sci-fi, horror, western...) in one movie, and what a stupid, unfunny mess it is, despite energetic acting from the two stars.