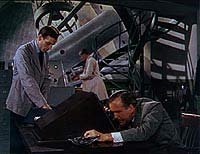 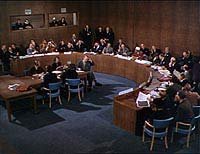 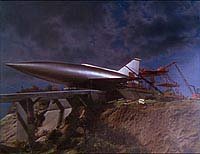 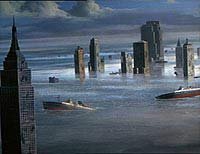 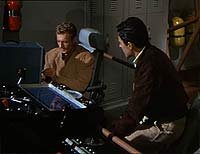 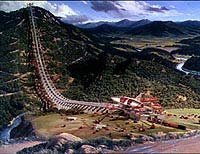 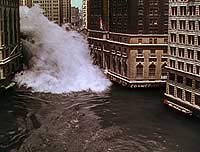 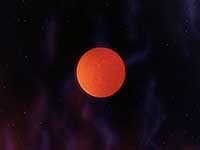 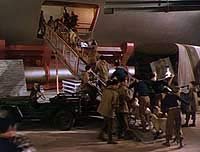 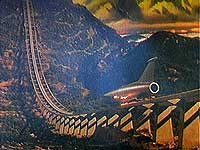 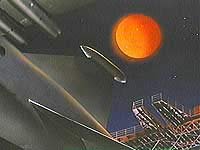 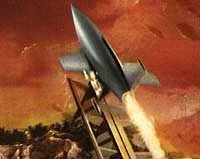 I like George Pal's movies including this one, but I have to be honest and say that the novel on which this film is based is far, far superior. That having been said, however, let me hasten to add that "When Worlds Collide" is an enjoyable movie. The special effects of a half-century ago are still impressive, and the film's commentary on human nature is rather incisive. On the science and technology side of the ledger, however, the movie is seriously lacking, and the book does a much better job of discussing the technical difficulties involved in any kind of evacuation from Earth and the reseeding of the human race on another planet. Also, the collision between Earth and the star Bellus is a complete disappointment.

John Hoyt's performance as self-seeking and cynical billionaire Sidney Stanton is the best in the movie. He doesn't overplay the part, but mixes the right proportion of facial gestures and acidic voice inflection to give his wheelchair-bound character a completely believable profile. He is the real star of the movie. The other performances are adequate, but lack the depth of Hoyt's. The movie could have used another thirty minutes to fully develop both the storyline and the other characters because a theme like this needs two hours or so to fulfill itself.

Many have criticized the Disney-like final scene as the survivors of Earth's end walk onto the soil of the new world Zyra. To be fair to Pal, the production was rushed at the end to meet budget costs and what was put forward was the best that could be done in a limited time. Pal also intended to film a sequel "After Worlds Collide", in line with what the book had, to continue the story. Unfortunately, Paramount Pictures scotched that, and no sequel was ever made. Pal carried that disappointment to his grave.

I'd like to see "When Worlds Collide" made into a movie again. Despite "Deep Impact" and other movies like it, "When Worlds Collide" stands as the ultimate disaster movie, and with today's technology, a much better version than George Pal's could be made. A sequel should also be done as was the case with the original book to bring the story to a logical conclusion. For now, however, all we have is the 1951 film, and it still holds up well and will reward viewers who appreciate thrilling adventure.

Review by tellusorbit from the Internet Movie Database.