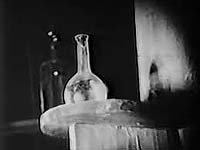 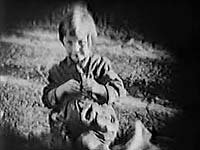 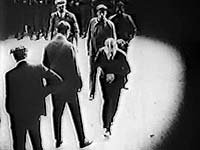 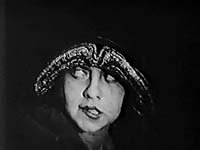 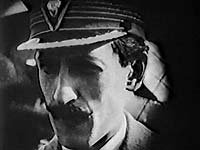 Obscure Kuleshov film seems to be nothing special at first sight. Another workers' revolt crushed by owner and the 'fascists' - eerily sporting impeccable military attire and swastikas but probably intended to be White Russians.

Another viewer has commented this is an effort to turn Hollywood adventure on its head as propaganda; I believe it's the other way around, an attempt to indulge the sheer pleasure of making movies under the pretext of propaganda.

Fistfights, gunfights, secret passage-ways, secret plans, secret codes, mysterious figures, car chases - including a man hopping on a moving car - , a death ray device, poisoned cigarettes, conspiratorial meetings, dangerous last-minute escapes, the film is replete with all the characteristics of the old serials, and the same vivid comic-book tone, but is of course at the same time, as if lampooning ideological fervor, about workers struggling against ruthless class enemies.

So it makes some sense that it was received poorly by critics at the time and attacked by the more radical Eisenstein, who demanded collision with the eye, and that Kuleshov got in trouble with Goskino, since the spirited revolutionary effort is reduced to shenanigans from movies.

I believe it was solely conceived as a workshop exercise with brickwork appropriated from older films, typically inane, and moved around to explore possibilities of space and rhythm within individual scenes. There are some marvellous aerial shots and a rugged fight in a swamp for possession of the ray. This raw physicality pays off in spades in Kuleshov's followup, there brooded over the disintegration of the mind.

Last reel is considered lost, so we don't really get to see the ray in action.

Review by chaos-rampant from Greece from the Internet Movie Database.