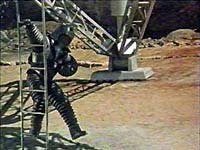 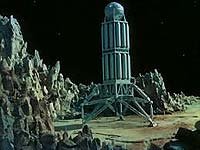 This is a Soviet documentary about space exploration and since I don't speak Russian, I have no idea what was said or how accurate it was but the visuals alone make this worth seeking out and it's a hard one to track down but keep looking - it's worth searching for. The copyright on the film itself is 1957 but it probably didn't get shown outside Russia until 1958. ROAD TO THE STARS has some of the best miniature photography I have ever seen. The scope of what they portray will truly fill you with a sense of wonder. It will seem a little dated obviously but that's okay. The science part is pretty dull but stay awake for the fine special effects. Watching ROAD TO THE STARS, I felt as if I had uncovered some buried priceless treasure.

Review by LJ27 from the Internet Movie Database.