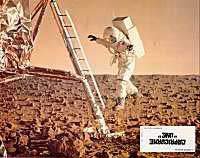 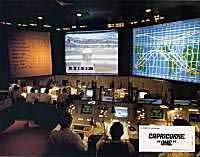 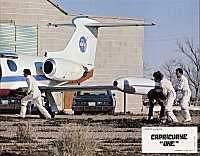 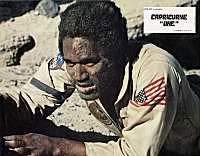 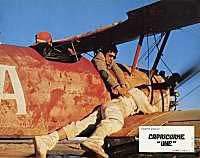 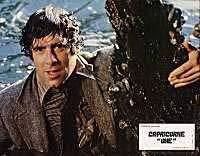 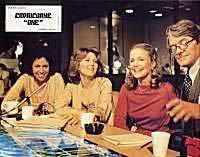 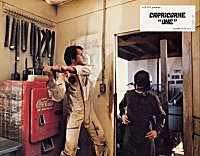 WHY CAPRICORN ONE? Capricorn: "Capricorn is one of the most stable and (mostly) serious of the zodiacal types. These independent, rock-like characters have many sterling qualities. They are normally confident, strong willed and calm. These hardworking, unemotional, shrewd, practical, responsible, persevering, and cautious to the extreme persons, are capable of persisting for as long as is necessary to accomplish a goal they have set for themselves." It ain't just about the mission's name.

The space program is in trouble. Their next mission MUST succeed or the funding is axed and the entire agency vanishes. That next mission is the first manned landing on Mars and it is going very smoothly indeed, to the awe and excitement of the U.S.A. and the entire world. What the world outside of the space agency doesn't know is that the whole mission is fake. It's been set up and broadcast from a deserted military base 300 miles west of Houston.

It seems a critical piece of equipment proved faulty too late to abort the project and so the space agency (it is never directly called N.A.S.A.)-- in cahoots with shadowy, high government powers -- had pulled the three astronauts from the capsule moments before launch, whisked them to the deserted base, explained the situation, pleaded for their (reluctant)cooperation through some not-so-subtle intimidation, and all has been peaches and cream and now it looks like their "re-entry and landing" will be near perfect albeit 200 miles off-course so that they can get the spacemen back into the capsule.

So what if one of the console technicians has noticed that the TV broadcasts are earthbound, not from space? He simply disappears.

ALmost nothing: a bad circuit in one of the other consoles claims that the heat shield has separated from the capsule upon re-entry and all three astronauts burned alive in the capsule. But they are alive and well in a deserted base in Texas... and they know that they are expendable.

The chase is on between 3 frightened pilots, a far-flung, well organized cover-up machine, two relentless black-ops helicopters, and a lazy, cynical reporter (friend of the missing console jockey) who smells a rat.

WriterDirector Hyams has build himself one slick, fast-paced thriller from a script conceived during his CBS reporter days covering Vietnam. It was there that he envisioned how easy it could be for a huge government to cover up anything it wished. In the post-Moonwalk years, when some wing-nut conspiracy groupies insisted NASA had faked the moon landing, Hyams found his base plot and it works like a charm! The casting is near perfect. Dependable old Hal Holbrook is the head of the space agency, in over his head and resigned to having to kill his crew, including the team leader (Brolin); his friend of 16 years. Nothing is going to ruin this mission. Brolin, O.J. Simpson, and Sam Waterston never really get any chance for character development, save for Waterston's likable wise-cracking. Brenda Vacarro and Karen Black give equally strong performances; David Huddleston is dead on as the Florida senator in support of the space program. In tow with James Karen as the Vice President, they have some enjoyable moments satirizing Washington Double-Speak; Robert Walden, as the doomed console technician, gives an intense, sad, dark sense of puzzlement in his performance of a man who is trying to help but feels like he's to blame. Elliot Gould just normally comes across to me as someone sleeping his way through a role, but for this picture it is perfect for the character of reporter Caulfield. This sleepy, cynical, unenergetic man who is slowly putting the pieces together and too frightened to say his surmises out loud, is deftly handled through Gould's stock-in-trade persona.

I really felt that David Doyle and Telly Savalas should've switched roles. Neither man was truly convincing in his performance and their characters might have been better served being traded between them.

However, the real star of the film is Bill Butler, the Director of Photography. What he releases on your screen is an artful array of cinema: The pull back, and cross pan shots of the in-studio Mars terrain; the terrifying out-of-control car Gould is trying to avoid being pulverized in; the quiet terror of Hal Holbrook's office as he makes and takes his telephone calls; Those evil insect-like helicopters in landing or in flight; the dark dread in the cave as Brolin, hiding from the pursuers, confronts a nasty viper; the stark, dry brittleness of the desert that Brolin, Waterston, and Simpson must challenge; The strain and exhaustion of Waterston as he scales the dry mountain side to escape his fate, but in vain. But most of all it is the exciting, jolting aerial ballet of the copter and bi-plane chase. It draws you in visually to the point of giving you a queasy stomach! (Yes, I know. There are no mountains in central Texas. There are no 50 feet tall gorillas in New York City either, but you enjoyed King Kong didn't you?) The icing on the cake of Butler's images and Hyams well done script is the pounding, driving score by Jerry Goldsmith. It is all beats of percussion, plucks of strings and short orchestral punches. It gives a sense of impending doom, fear, conspiracy, and paranoia.

While it is safe to say that N.A.S.A is the most non-political, benign department of the government, an agency whose efforts have given the public such fruits of success as the microwave oven, superior fibers for insulation, freeze-dried foods, and Tang, just to name a scant few, if you can put your common sense on hold and believe that the space agency could be cold, crisp, self-serving, and ruthless enough to kill to stay alive, then you've come to the right movie.

Review by stevenlshoup from the Internet Movie Database.