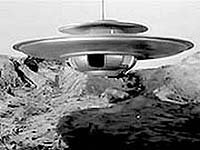 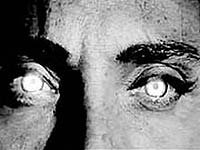 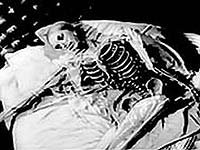 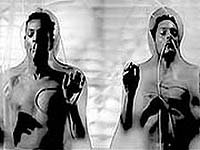 Planets Against Us is a film I have been obsessed with most of my life. First seeing it on television in the late 1960s, I was sorely disappointed, as it was advertised as Science Fiction, and to my teenage mind, it was in no way Sci-Fi. Plus, it was loooong, and kind of boring. I was excited not only by the great title, but by the fact that it was released to TV by Walter Manley Enterprises, which had also released the astounding Starman movies to TV, and so I hoped that this would be another easy-to-love pulp-fiction adventure. What I got was something entirely different. I tried to watch PAU again in the late 1980s, when Sinister Cinema had it on VHS for a short while, but again, I just couldn't get through it. Finally, a DVD found its way into my stash and I decided to just sit and watch it, regardless of interest. It was certainly worth it, but I can't say its a film for everyone.

Planets Against Us is a slow, contemplative allegorical melodrama, with only the lightest SF touches. The cat-eyed Michael Lemoine (who seemed to be in every FrenchItalianInternational Co-production of the 1960s) plays Bronco, an alien andor cyborg (explanations differ throughout the film) who is trying to warn Earthlings of their self-destructive nature, ala The Day the Earth Stood Still. Yet Bronco is a soulless, clueless version of who he used to be, in a nod to Invasion of the Body Snatchers. This is a great start, but the film veers towards the melodramatic in that most of Bronco's encounters are with two woman who are obsessed with him, and at times the film seems little more than a weak sex farce.

Yet, in its emphasis on Bronco's strange isolation and inability to connect emotionally with the women who love him, PAU comes across - whether intended or not - as some sort of treatise on two very topical cinema tropes of the day: the angst of existential alienation, and the phenomenon of urban loneliness, of folks in crowded cities being somehow more emotionally distant from their neighbors than the rural populace. The European immigration movement of the day is also addressed, as Bronco is seen - and suspected - as an outsider or "foreigner" (which he assuredly is, being either otherworldly or machine).

The severe emotional detachment perceived throughout the scenario is quite disturbing, and conveys something of the International rootlessness felt by many parties at the time. In a way, PAU seems like a Sci-Fi take on Michelangelo Antonioni's masterpiece, L'Avventura. The idea of the replicated cyborg - endless duplicates of anonymous amoral clones - is a good one, with chilling implications, but the theme is not addressed very profoundly, at least not in the dubbed English release.

Yet for the patient viewer, PAU does have a few thrills to offer. Although the effects scenes are sparse, they are admirable when they occur, including some crude stop-motion animation, some optical effects depicting radiation poisoning, and a real "Wow" of a finale, in which Bronco literally disintegrates before our eyes. There is also a hilarious early depiction of an all-seeing surveillance TV camera, a stupid little gadget which would not fool a fly. The black and white photography is excellent, and there are many wonderful location scenes.

The film's original title - "The Man With the Yellow Eyes" - is more accurate and honest, as the film is really about a man who exists outside of normal society, seen as either a boon or an existential threat to same. Bronco, in all his incarnations, is a cypher, merely a catalyst for others' interpretations and agendas. Although his touch is instant death, his message ironically may be peace for all humanity.

Review by Atomic_Brain from the Internet Movie Database.