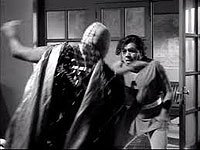 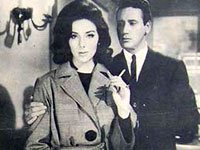 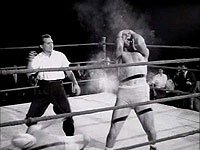 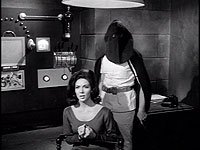 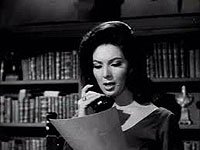 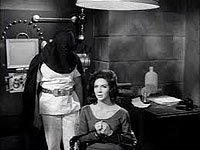 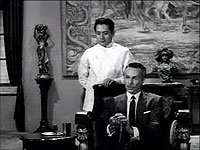 If you haven't seen a luchador film, then I strongly suggest you try one of the Santo movies. What exactly are luchador films? Well, in Mexico, pro wrestling was so popular that in the 1960s to the 1980s, at least a hundred or more luchador movies were made. However, although the movies always or nearly always showed a bit of a wrestling match once or twice, most of the film consisted of masked wrestlers battling all sorts of weird and often supernatural beings....such as mummies, Dracula, Frankenstein, aliens, residents of Atlantis and even Nazis! As insane and cheesy as all this was, the films have a sort of goofy charm to them and they can be fun to watch. Notice I did NOT say they were good....in fact, the costumes and production values were often of the Ed Wood Jr. quality!

In this third installment of the Santo films, "Santo Contra los Zombies" ("Santo vs. the Zombies"), we have a slightly different sort of maniac threatening the world. Many were out for world domination...but this asked baddie was out to make a few bucks with his zombie minions. He uses them to work in his mines and commit robberies...making him one of the most practical villains I've seen in a luchador movie!

Now these zombies don't act like ones from classic films like "I Walked With a Zombie" or "Night of the Living Dead". No, these zombies don't look all that undead and they like to punch and wrestle...making them the perfect opponents for the hero, Santo.

As for Santo, if you aren't familiar with him, he was the most beloved wrestler perhaps of all time and in his movies he ALWAYS sports his silver luchador mask...even when when he showers, sleeps, or goes out on a hot date! And, unlike some of his later films, he almost always wears his long cape throughout this story.

So is this any good? Nope....like I said above, these movies are pretty bad. But they are fun....and unintentionally funny. Plus, you can't hate a guy who goes out of his way to save a bunch of orphans from a burning building....a fire, of course, started by the evil hooded jerk and his minions!!