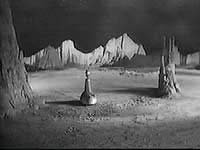 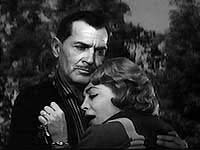 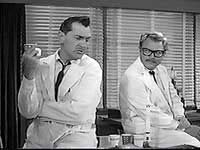 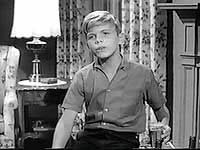 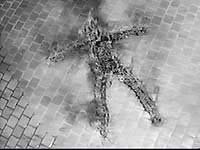 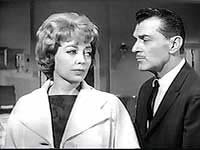 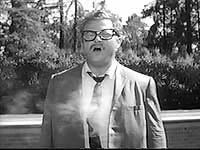 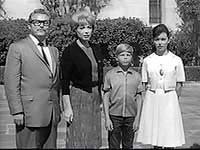 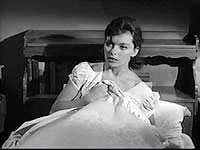 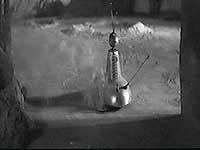 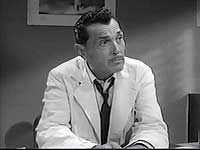 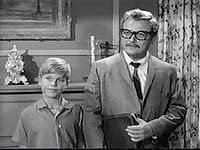 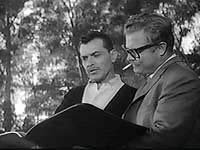 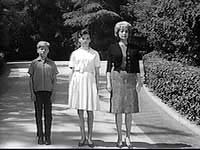 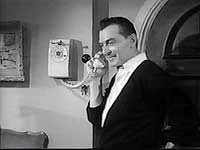 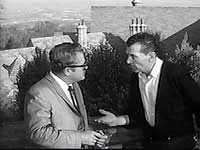 The other family members and the doctor who is a family friend almost reach Taylor's level of competence. The exception is Marie Windsor. She may not be as succulent as she had been ten years earlier playing various sluttish types in B movies but her performance is the standout. Plus she has this goofy beauty -- tall, slender, big-eyed and sexy -- reminding one of Ileana Douglas today. It isn't that she gives a brilliant performance here. I don't want to give that impression. The movie doesn't really leave her much wiggle room in the role of the worried wife. It's just that, watching her on screen, it's possible to forget that you are watching actors getting paid for making believe they're someone they're not.

Speaking of being someone you're not -- what a plot! I have no idea where the story came from, whether someone thought it might be time to roll "The Invasion of the Body Snatchers" back out again, or had recently been impressed by a popular SF TV series like "The Twilight Zone" or "Outer Limits," but it's all pretty familiar in one way or another.

What happens is that these -- well, these "forces" ride an intense radio beam from a recently landed explorer back down to Earth. I think. Actually the science behind the explanation was pretty thoroughly under my head, or maybe there was some exposition in the first few minutes that I missed. Anyway, these half dozen bundles of photons or whatever they are come to earth, turn the bodies of half a dozen earthlings into ashes, and take their places. Now, as I say, I found this a little hard to follow. Sometimes, as in the case of Kent Taylor, the forces seem able to duplicate their targets and actually walk around with them, holding conversations. At other times the victims must be turned into ashes in order for the force of energy to assume the -- are you following this? If not, don't worry about it. Rent "The Invasion of the Body Snatchers" or even "The Body Snatchers." Sei gesund.