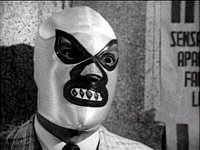 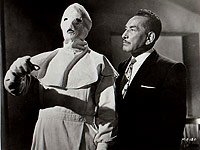 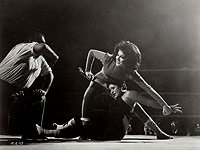 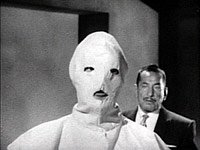 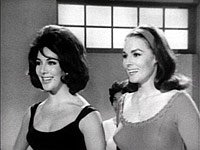 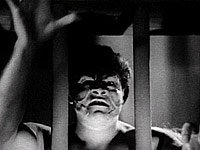 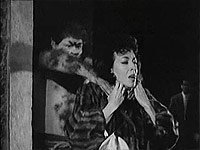 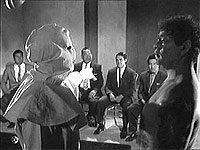 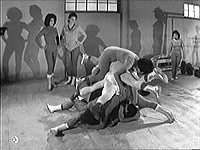 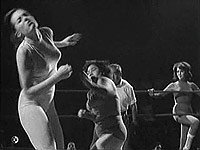 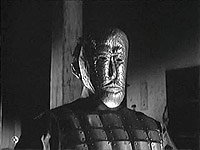 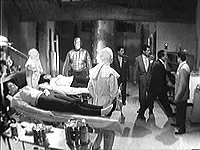 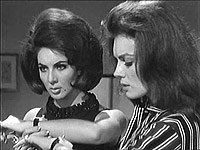 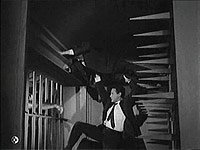 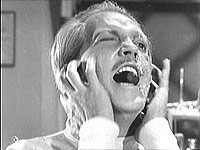 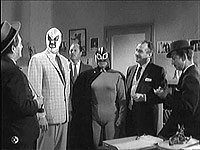 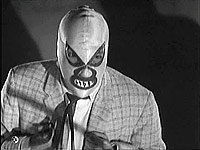 I'm not sure about you, but I find there's something mildly fetishistic about masked wrestlers. But women without masks throwing grown men around the ring Wrestling Women vs The Aztec Ape was the first in a series of six Wrestling Women or "Las Luchadoras" films, an attempt to feminize the almost entirely masculine world of masked wrestling movies. The first three team Mexican genre icon Lorena Velasquez with American cupcake Elizabeth Campbell, and two were successful enough to get the K. Gordon Murray treatment. Thus Las Luchadoras Contra el Medico Asesino becomes "Doctor Of Doom", and later in the 80s gets a bogus surf soundtrack and is re-dubbed "Rock And Roll Wrestling Women vs The Aztec Ape".

Lorena Velasquez is Gloria Venus, a gorgeous almond-eyed wrestling dynamo who gets thrown around the ring then leaves it without a hair from her Elizabeth Taylor do out of place. She's teamed up with new partner The Golden Rubi, a red-haired firebrand from North of the Border, and from the moment they meet they become the best of friends. But not that good, if you know what I mean.

Wrestling Women opens with a series of murders attributed to a killer branded the Mad Doctor, who leaves his female victims completely brainless. The Doctor, who spends most of the film with his head in a pillowcase with eye-holes, is intent on perfecting brain transplants, and has even grafted a gorilla's brain into a man's body. The resulting monobrowed monster known as Gomar, a goofy-looking creature with arms covered in carpet fluff, is sent out to grab more women, and one happens to be wrestler Gloria Venus' sister Alice Fontaine (or Alicia Flores). As she dies on the table, the Mad Doctor decides he needs a more resilient female subject - physically strong, as well as intelligent, and with a profession. It's no stretch of the imagination who he picks  Lorena Velasquez, I'm looking at you! Aided by the Golden Rubi, the inspector and his diminutive assistant as well Alice's kindly boss Professor Wright (who's dubbed to sound like James Mason), Gloria sets out to seek revenge. After a few false endings the Doctor manages to escape the gauntlet, and successfully transplants the Ape's killer brain into the body of a female wrestler (complete with cries of "She's alive! She's alive!"). Adding a mask, she becomes "Vendetta", and the Mad Doctor, also in a ghoulish mask posing as her masked manager, challenges Gloria to a death match. The plan is to legally murder her in the ring, and so Gloria now needs to fight for her life! Aztec Ape is directed by masked wrestling specialist Rene Cardona Sr, who masterminded all six Wrestling Women films, and also directed Lorena Velasquez in Santo vs The Zombies and Santo vs The Vampire Women. Lorena was one of the few wrestling movie icons to NOT be a professional wrestler, and subsequently needed a body double for many of her ring sequences. And you can tell she's not a real wrestler - she's certainly more "leggy" than the other girls at the Wrestling Academy.

Prepare yourself to be thrown kicking and screaming into the ring with Las Luchadoras in Wrestling Women vs The Aztec Ape.

Review by El-Stumpo from the Internet Movie Database.