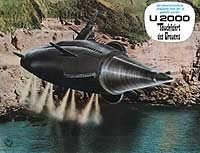 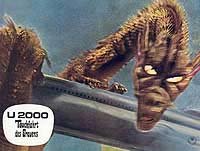 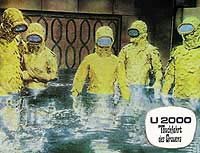 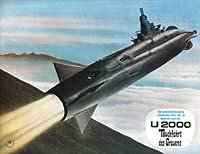 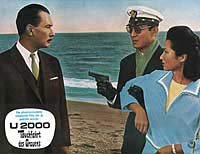 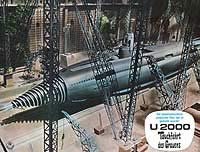 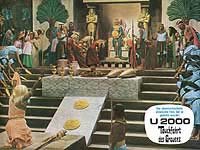 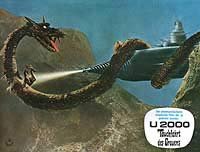 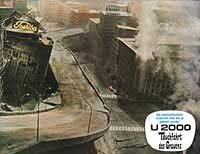 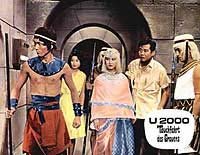 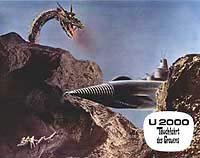 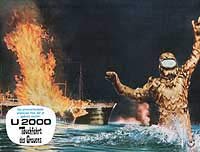 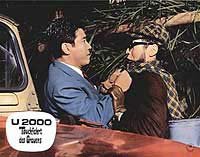 This is one of Toho's gem that has gone unnoticed for many years. The original story was written by a Japanese science fiction writer Oshikawa Shunro in 1900, which was then heavily modified for this movie adaptation by Shinichi Sekizawa. Casting is good, and the plot is very original.

During WW II, Japan created three largest submarines in the world the I 400 class which housed 3 bomber planes with plans to covertly bomb the Panama Canal. The story's premise is that a 4th variation of this sub I 403 was made by the Japanese, commanded by Capt. Jinguji (Jun Tazaki). It was thought that this sub sank off the coast of Saipan with all hands lost, but Jinguji and his crew survived and created an underground base in an uncharted island. There Jinguji also being an engineer, puts into action his plan to build a flying battleshipsubmarine called the Gotengo. The year is 1964 and there're few mysterious kidnapping of scientists in Japan and sitings of a strange submarine. The culprit (Akihiko Hirata) tries to kidnap ex-Lt. Admiral Kozumi (Ken Uyehara) and Jinguji's daughter Makoto (Yoko Fujiyama) but fails, and reveals that there's a plan for the Muans from the lost continent of Mu to return to the surface for world conquest. Kozumi now aware of Jinguji's survival and his creation the Gotengo, is asked by the UN to convince Jinguji to use it against the Muans. During their excursion to Jinguji's island, Muan spy (Kenji Sahara) kidnaps Makoto and her fiancée Hatanaka (Tadao Takashima). Jinguji's original idea was to use Gotengo to win the war (WW II that is) for Japan, but is now convinced he will have to fight the Muans.

The star of this movie is the outrageously cool looking flying battleshipsubmarine (Designed by notable Japanese science fiction artist Shigeru Komatsuzaki) that's armed to its teeth. This submarine comes with a drill at its nose and can drill through earth where the enemy has their lair. The Muans who are the race of people from the legendary continent Mu which sank in the pacific 12000 years ago (There are three lost continent legend if you're not familiar with Mu. One is Atlantis, other is Mu in the Pacific, and third is Lemuria in the Indian ocean which all sank around the same time ) are planning to return to the surface, and take over the world. Gotengo (the name of the sub) challenges Muans in their world to stop their invasion plan. As director of special effects Shinji Higuchi once said, Japanese might be the only people who have fetish for a flying battleship. This story, and Uchu Senkan Yamato is a prime example.

The American title of this movie "Atragon" which is also the American name for Gotengo is an abbreviation of the words "Atomic Dragon".

When I first saw the picture of this submarine, I long waited for the day I could see the movie. I saw a badly dubbed version on TV which was disappointing, but now a DVD is available with original Japanese dialogs.

Review by ebiros2 from the Internet Movie Database.