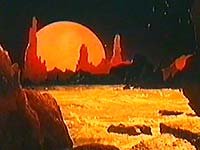 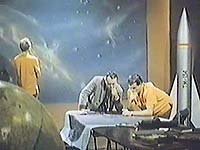 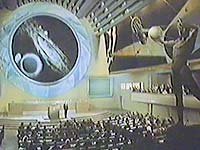 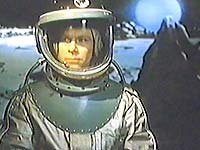 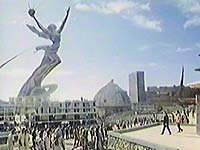 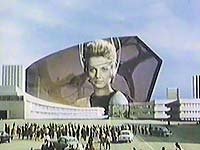 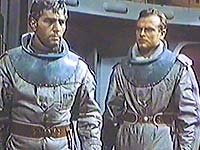 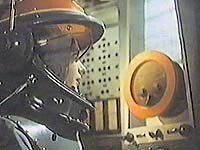 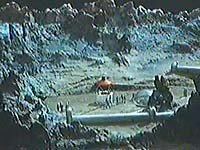 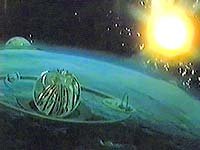 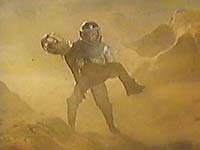 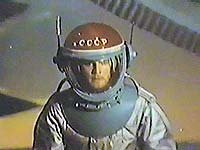 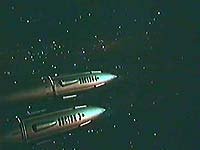 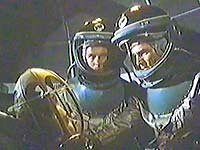 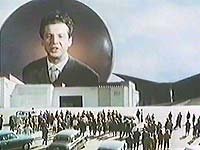 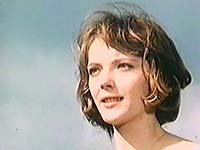 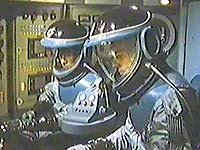 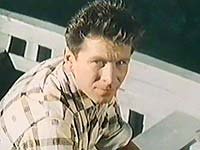 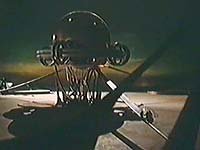 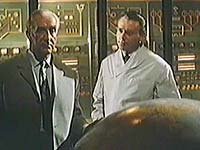 Say what you like about the Soviet Union when it comes to totalitarianism, but they sure knew how to make a science fiction movie when they put their state employed artists to the task. This 64 minute film is equally on par with the visionary scope & execution of any American, British, or whoever's science fiction films from the era. And doubtlessly influenced generations of filmmakers who managed to see it, from Mario Bava through Dan O'Bannon, the Skotek brothers & James Cameron, maybe even yourself.

As chance may have it the film's standout effects sequences are better known than some may be aware of. This was one of three Soviet scifi epics who's American & UK rights were purchased by Roger Corman in the early 1960s -- "Nebo zovyot" (1960), or THE SKY IS CALLING; "Planeta Bur" (1962), or PLANET OF STORMS; and "Mechte navstrechu" (1963), or A DREAM COME TRUE, also known by the more descriptive title ENCOUNTER IN SPACE.

All were high-profile state run projects celebrating the spirit of adventurism & collective pride that the Soviet people took in their somewhat troubled space program. The Soviets couldn't put a crew on the moon or Mars or Venus, so they made movies depicting what their fantasists thought it might be like. One of the most striking aspects of the production is the hardware employed. Not just the highly touted, complex and eye popping model effects -- which put even animation greats Gerry Anderson & Derek Meddings to shame -- but the hands-on hardware of the production designs. The space suits, interiors of the spacecraft, tools, computers, devices and contraptions. They all have a kind of visual authority to them that is quite convincing and far from someone stapling a muffin tin to a foil suit to simulate a respirator.

"Nebo zovyot" (also made by this film's director, Mikhail Karzhukov) took us into space on a sobering, realistic tale of astronauts who put aside the glory of exploration to help the otherwise doomed crew of a rival power's mission to Mars. Pavel Klushantsev's more well known "Planeta Bur" actually managed to put its crew on Venus where they & their robot helper encountered all manner of fascinating adventures, though they never met any of the alien damsels who's haunting presence was only hinted at. Then Karzhukov was brought back for "Mechte navstrechu" where he got to deliver on the promise of alien contact back on Mars. Those Russians got around.

The premise is actually quite engaging: Loyal party scientists intercept a message from outer space sent by an alien race seeking friendly contact & cheap Russian made cars. An alien emissary is dispatched in the form of a fetching, curvaceous woman looking great in a spacesuit who's craft crash lands on the windswept surface of Mars. A highly trained Russian crew is sent on a death-defying mission to save her, with various technical problems creating conflict & loss, with some obligatory heroic sacrfice. There's some flag waving to be sure (though not as obnoxiously as "Nebo zovyot's" proletariat Worker Day parade ending) but its not like our movies didn't do the same or worse. The story is more focused on the human interactions of the crew, one of which is of course a foxy Russian babe who could evoke détente just by fluttering her eyebrows. She must have been a hit at the state owned radio factory she worked at for her day job.

Now, the way Corman imported the films was to chop out some of the dialog sections, re-staging new scenes with American audience familiar actors to tell what usually ended up being a perversion of the original story. Then entirely new English dialog would be dubbed over that often had nothing to do with the original Russian stories. See BATTLE BEYOND THE SUN, VOYAGE TO THE PREHISTORIC PLANET, and VOYAGE TO THE PLANET OF PREHISTORIC WOMEN for the other results, all of which are still quite entertaining. The bulk of this film was used by director Curtis Harrington for a charming little movie called QUEEN OF BLOOD (or PLANET OF BLOOD on the AIP TV print which legions of us remember from Saturday afternoon Monster Movie Matinees) that anticipated ALIEN with a less friendly alien emissary tagging a ride back on a human ship for Earth. Leave it to Roger Corman to find unwholesomeness in the most hopeful of scenarios, though good call on snagging the model effects sequences.

The original unedited Russian version is apparently circulating on an obscure commercial Divex format release from Germany, though I have only been able to find a copy of it so far. Aside from some truly sappy musical segments it is an astounding technical achievement, though I do miss Basil Rathbone imparting dire urgency on the proceedings. The two films couldn't be more different even if they share the same core 45 minutes or so of footage (plus some additional inserts from the other two Russian films in QUEEN OF BLOOD -- it's hard to keep track of them!), and its still a fascinating experience for any fan of science fiction cinema.