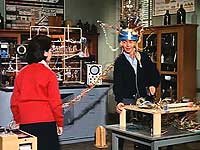 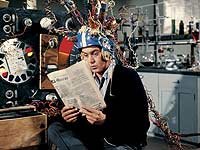 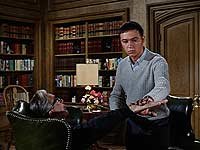 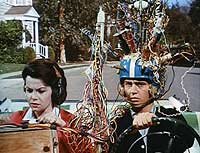 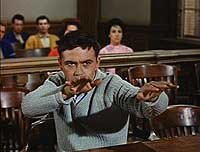 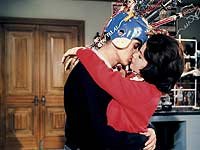 This 1964 Disney film, like many other of it's era have been long forgotten except by certain aficionados such as myself. The Misadventures of Merlin Jones stars Tommy Kirk as the title character and the unforgettable Annette Funicello in the female lead.

For those of you with short attention spans this movie actually wraps up one story line and continues to conclude another one...not only that, it's left open for a sequel called The Monkey's Uncle! Merlin Jones is the college campus genius who's wacky "scientific" experiments land him in more trouble than any good kid deserves. As a result of one experiment he gets his driver's license revoked, as a result of another he can suddenly read minds...including the mind of the judge that took his license away...and it seems that the good judge isn't all that good. Yet a 3rd experiment gets the judge himself into the same hot water that Merlin is usually in! Just as the title indicates this movie is one misadventure after another.

Don't try to analyze this movie, just sit back and enjoy it. This is the kind of movie whose sole purpose is to celebrate life's little absurdities. If you enjoy being silly then you'll enjoy this Disney gem.

Review by vonnablady from the Internet Movie Database.