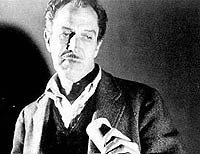 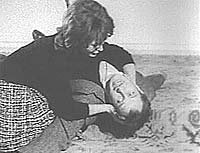 There are now 3 film versions of this story, plus the original novel by Richard Matheson. All of them have a slightly different perspective on the idea of the end of the world by vampirism. But which one is more worthy of honor? For the most part it's a close call. The Smith version is slick, modern, and action-packed with fine special effects. The novel is a rather dark and psychologically complex vision of near-hopelessness. The Price version is well-acted, fittingly oppressive in atmosphere, and has the best story line. The Heston film is of far lower general quality, but has many enduring messages embedded in it.

Well, even having read the original novel, I have to pick Last Man on Earth as my favorite of the 4, with the novel being my second choice, Will Smith's version being my third choice, and the Chuck Heston flick coming in with an honored last place finish.

The novel is very similar to Last Man, but with a profound twist: In the movie, Morgan cures Ruth before he is killed by the former vampire vigilantes, but in the novel there is no cure. So Neville's death comprises an inevitable and necessary passing away of the old race of humanity. In the film, Morgan's cure is deliberately rejected by the new society through ignorance and brutality, and Ruth becomes the last woman on earth, with the potential for her blood still providing a cure and the rebirth of a rival human society over against the former vampires, who must rely on a daily vaccine to keep themselves alive. Very interesting fodder, worthy of a sequel (which was never made to my knowledge). The identifying of Morgan as a Christ figure at the end is also well-done.

Omega Man, beyond its rather cheap '70s TV feel, bad makeup, silly special effects, and gratuitous female nudity, does retain some enduring points. Tony Zerb is a fine villain, as always. The over-all sympathetic view of the Heston character, as the final bastion of human art, literature, science, and over-all culture, and the Christ-identification at the end (which it shares with Last Man) are very moving to me. The vampires in this film are all basically Luddite fundamentalists who want to usher in a new dark age of oppression as their reaction to the evils that brought forth the plague. Heston's character stand's up for the enduring worth of human history and culture against them. This is the film's best feature, even if it's a bit over simplified and stereotyped.

The will Smith version falls far short on both story and meaning for the sake of suspense, action, and special effects; most of which are well done and worthy of the film's focus. I liked the more up-beat ending, too; which gives a positive spin on the title. Matheson's Legend was a negative one, with the legend of Robert Neville taking the place of the boogie man within the new vampire society. Will Smith's Legend of sacrifice and cure becomes the starting point of rebirth for humanity. The Christ figure is never overtly revealed, as with Last Man and Omega Man, but it's there between the lines just the same.

Review by deacon_blues-3 from the Internet Movie Database.