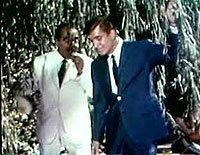 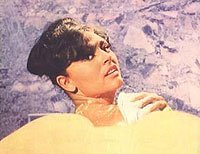 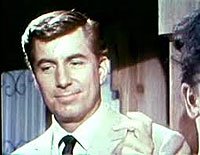 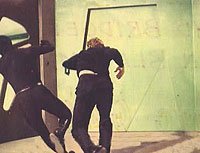 A cheap but cheerful ItalianSpanish co-production which mixes sci-fi staples in with a "spy" plot involving a Bond-like playboy secret agent. Apparently these movies were all the rage in Italy back in the mid-'60s as just about every studio jumped on the bandwagon to make their own James Bond rip-off. LIGHTNING BOLT is a film severely lacking in budget which struggles in places to make ends meet, but ends up being a thoroughly entertaining little movie in it's own right. One word of advice, though: all of this film's budget is saved for the finale, meaning that the first two-thirds are a little too low budget and slow. Stick with it, as you won't be disappointed by the action-packed ending.

The film begins - as a lot of these movies do - with some copious use of stock footage showing a space shuttle exploding. Apparently it has been sabotaged by a hidden criminal who uses false science to send radio waves which send the shuttles off their target, causing them to be automatically destroyed (the explanation is a little hazy for good reason!). In order to discover the source of the radio wave, the government sends in a scientist and a diver to investigate, as the signal is coming from underwater. In a confusing sequence, their boat explodes, apparently killing the pair of them.

It is at this point that we are introduced to the two heroes of the film: special agents Harry Sennet and Captain Patricia Flanagan. Sennet is masquerading as a rich playboy, which means that he has lots of scenes where he makes sexist remarks and checks out an assortment of bikini-clad bathing beauties. Flanagan is supposedly a tough female agent who broke somebody's spine once, but here she's just a weak, woman-in-peril type character who makes loads of mistakes (see later). After some lounging around, Sennet finds himself being attacked by a man at his house; after a brief tussle the intruder is gunned down by a female assassin! Action ensues including unlikely water traps and larking about in flashy red sports cars. Some of Antonio Margheriti's trademark miniature effects work are present in the form of an exploring car scene. Sennet must battle loads of bad guys in a warehouse, where they try to crush him with fork-lift trucks (!) and engage in some exciting shootouts. Luckily he has a gas-emitting pen to use on the bad guys, but sadly this doesn't stop him being captured. He's bundled into a capsule and taken to the underwater base, which is where the film's rather good conclusion takes place.

This underwater base has some great, science-fiction inspired set design, and wonders are worked on the small budget. Even the bad guys have funny black suits and balaclavas to give them that extra weird, kitsch look. The locations are expansive, cavernous even, and look pretty expensive. The only clue to the film's budget is that we only see the base briefly from the outside, but otherwise you wouldn't guess! The baddie - Retke - also has a cool cold storage locker where he keeps various people in suspended animation! Sennet himself is nearly frozen before he manages to escape, and from here on he battles guard after guard before going one-on-one against Retke.

This section of the film is the best, and thoroughly entertaining. Sennet must battle at least thirty guards in this segment, and some have cool deaths like electrocution, falling on generators and exploding, etc etc. At the very end, there's suddenly a flood of unexplained lava as the base is destroyed, the bad guy gets his just desserts and Sennet manages to escape on the same capsule he arrived in, just in time to get the girl in the (very) cheesy conclusion which apes the Bond films no end.

Anthony Eisley has a ball as Harry Sennet, the film's answer to James Bond. He mugs for all his worth and seems to be really enjoying himself, and his good spirit rubs off; I'm looking forward to seeing more of the actor's work on the strength of his performance here. Folco Lulli hams it up as the Blofeld-like baddie, and the various females supply sufficient '60s-style glamour for the production (the box I have claims that Ursula Andress stars: I can confirm that this is a downright lie!). The direction of Antonio Margheriti is okay to good; at times the film suffers from the Italian curse of extreme close-ups (at one point of somebody's cheek!) but for the majority he keeps things pacy and looking good.

Margheriti also gets the opportunity to throw in his trademark horror scene in which the frozen victims are burnt alive, leaving lots of grim skeletons behind! The music is a fun jazzy theme which sets the scene well; the miniature effects are worthwhile and the various gadgets a lot of fun. Not to mention Eisley's assured performance as the heroic, wisecracking lead. Although only a cheap rip-off, forgotten to the modern audience, LIGHTNING BOLT is a FUN cheap rip-off and that's what counts in my humble opinion.