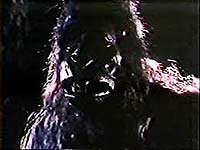 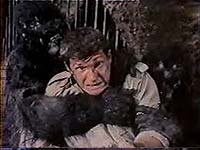 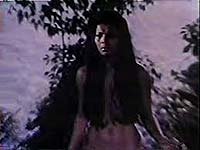 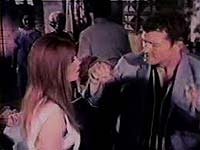 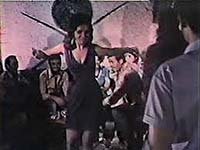 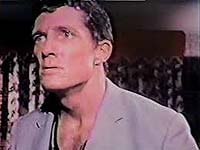 If the handful of postings from prior reviewers haven't been enough, let me chime in with my two cents for "Kong Island". In the tradition of hundreds of 'B' Westerns of the Thirties and Forties, the story has absolutely nothing to do with the title, which on the surface, looks to be cashing in on the gorilla frenzy of those prior eras. To be sure, there are men in monkey suits, but there is nothing of King Kong stature in size or excitement to hold this turkey together.

Brad Harris portrays adventurer Burt Dawson, on the trail of the man who crossed him in an East African payroll robbery. So just for the record, the lead character is really no better than the goon he sets out after. Allowing for the redemption factor, a mission to rescue the kidnapped daughter (Ursula Davis) of a wealthy financier, Dawson sets out to confront the guy who double crossed him. Harris, a veteran of several Hercules movies, gets to do the obligatory shirtless scene about halfway through in a jungle pool. He's observed by Eva of the Italian title for this gorilla trek, who's long flowing hair is strategically aligned to cover her, well shall we say coconuts.

Mark Lawrence, who appeared in well over two hundred films primarily as a heavy, is the lead villain in this piece. He's the mastermind behind a scheme to control gorillas with implants that receive their instruction from a transmitter housed in a giant brain. You can see where this is going can't you? It will be up to anti-hero Dawson to foil Albert Munier's (Lawrence) plans, through plot twists that pile up along the way involving his benefactor Theodore (Aldo Cecconi) and wife Ursula (Adriana Alben). Since I'm on the subject, why are there so many Theodore's and Ursula's involved with this project?

"Kong Island" is beset by poor lighting, uneven and shaky camera work, and distracting color rendition. Depending on your point of view, this actually might add to the unique character of the film, not to mention the soundtrack that's keenly out of sync with events on screen. But who am I to tell you to stay away from this atrocity? Probably the best recommendation for the monkey shines here is an actual quote from Burt Dawson early in the movie - "It's hard to believe a story like that".