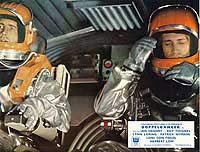 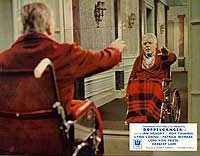 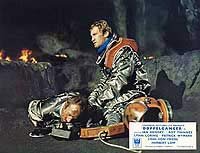 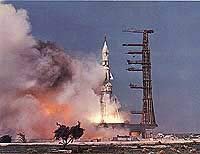 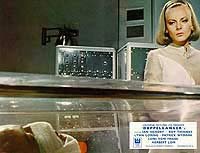 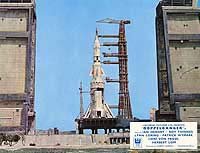 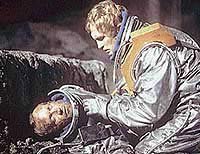 I watched this movie when I was a kid (on video in the 1980s) and it was a bit of a childhood favourite, but I couldn't remember some key points so watched it again just recently on the net. I'm disappointed, needless to say. The ending is 'too' convenient. All the evidence is destroyed in a very 'forced' accident. That being said, it's still a good movie and good science fiction, when you stop to think about it. The models are great and the casting and performances are very good, along with the music and set designs and the futuristic vision with all the nifty gadgets. All I can say about the movie philosophically is that the idea of a counter-earth is Pythagorean: https:en.wikipedia.orgwikiCounter-Earth. Now as to the "point" the movie was trying to make. My guess, and this is only a guess, is that its about trans-Atlantic relations. You have the European space agency, led by a British guy (Jason Webb ) but with all the funding coming from the French and the Germans (who are very miserly), and the Americans only pitching in when it becomes discovered the Soviets are spying on the new find of a tenth planet (in the same orbit as Earth, but on the opposite side of the sun). The super secret nature of the mission to this new planet also stops the public knowing about the startling discovery and so all the evidence of of the new planet being an opposite copy of Earth. (This is a theme in 2001 A Space Odyssey since the Americans keep the discovery of the monolith on the moon a secret and it was the mistrust and paranoia that Hal Suffered from that made him kill of the crew of the Discovery). Note that the last scene has Jason Webb, old and senile in his mansion, crashing into a mirror when he remembers the mirror image Earth, taking the secrets with him to the grave.

There's also the American astronaut hero (Colonel Glenn Ross) and his annoying country-girl wife. She makes fun of his manhood, not wanting to have kids from him, saying he's sterile because of radiation from space, only to discover she's taking birth control bills behind his back. I guess she wants a domesticated husband she can control. Contrast this to the lovely security controller from the European space agency, Lisa Hartmann, a hint that the Americans should stick it with Europe (under British leadership of course) if they want to win the Cold War and explore the solar system. It's this over commitment that gets the hero killed in the end, despite Lisa's warnings that he no longer owed Webb anything. Note the colour contrast too, with the hero's wife being a (wild) redhead and Lisa being a decent blonde!

On a final plus note works of art, whatever their quality, are always ageless, gaining relevance when you least expect it. Hence the curious situation the UK is faced with now with the vote on continued membership in the EU. If you can't lead the Europeans, be a member on your own terms, you go it alone. So the movie is, tragically, quite prophetic. (Notice also the scene in Portugal, making Southern Europe look poor, primitive, not unlike the situation today with the debt crisis Spain and Greece have found themselves in).

So, all in all, I'd say it's a good movie and has stood the test of time, but nothing of course compared to '2001' or 'Alien', although it's still better than Prometheus!

Review by eaysha from the Internet Movie Database.