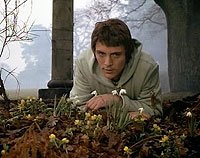 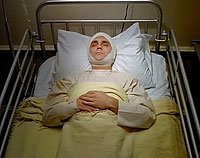 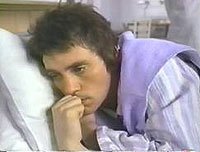 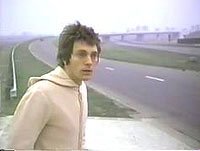 There are some movies that do nothing right, no matter how well they do it, and such a movie is The Mind of Mr. Soames, not that it does anything well. But with each scene, each camera movement, each gesture from its large and dispirited cast, The Mind of Mr. Soames, which opened yesterday at the Cinema 57 Rendezvous, displays an emptiness and a falseness of response that is beneath even the inadequacy of its ideas and the banality of its plot.

"John Soames (Terence Stamp), in a coma for all of his 30 years, is finally brought to life by the super surgery of Dr. Bergen (Robert Vaughn) so that he may be educated according to the theories of Dr. Maitland (Nigel Davenport), director of the institute where he had been peacefuly sleeping. Between permissive Dr. Bergen and repressive Dr. Maitland a certain ideological conflict develops (e.g. "How often do you play-games-with him?" "Games? What do you mean, games!") that is the first and, I guess, final cause of the melodrama.

"But in the background there is a third doctor (Donal Donnelly), a source of hope who keeps his own counsel, patiently watches the wild child, and incidentally looks a bit like François Truffaut. The Mind of Mr. Soames is full of boldly introduced but ultimately undeveloped character clichés, which add a touch of bogus mystery to a film that is otherwise 100 per cent predictable. For example, Dr. Bergen drinks-too much-but nothing ever comes of it.

"And the callous TV director (Christian Roberts) who willfully almost wrecks Soames's belated childhood-what is his story, full of meaningless dark hints and fitful glimmerings? As Soames himself, a child of Frankenstein dressed in a mansized set of pink Dr. Dentons, without booties, Terence Stamp must have the best fun in the movie. Not only does he get to cry a lot and to play with toys, but he also is allowed at one time or another to dump baby food on all his doctors and keepers-with which inspiration The Mind of Mr. Soames exhausts itself and falls into moral platitude and heavy breathing."


Review by w-h-glavan from the Internet Movie Database.