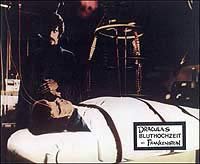 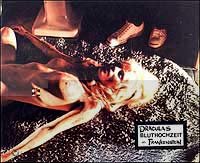 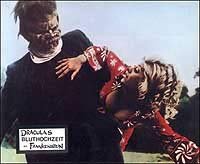 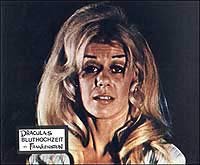 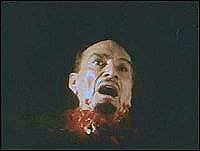 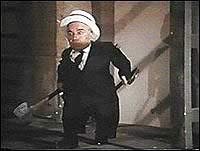 Dracula wears those plastic vampire teeth throughout this awful film that goes nowhere. There's an angry scientist who runs a carnival spook house (he's really Dr. F), the creature known as Grodin played by Lon Chaney Jr., and sci-fi guru Forrest J. Ackerman makes a cameo as a rival scientist who discredited Dr. Frankenstein! There's hippies and bad acting and a midget! (the same guy who played Master-blaster in Mad Max 3) This film has it all!

In one scene, Dracula (played cunningly by Zandor) appears suddenly in the car of the rival scientist. The man notices that a vampire is in his car and exclaims, in un-enthused B-movie fashion, "Who are you?" Drac responds, "I have been known as the prince of darkness- turn left here." Incredible how bad they can make 'em.

Review by tron-12 from the Internet Movie Database.