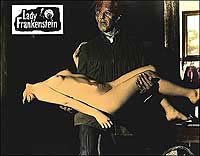 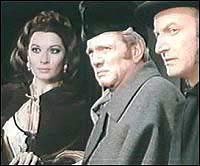 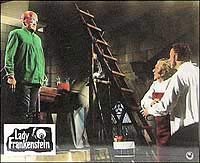 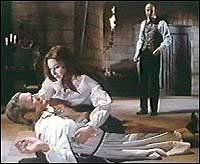 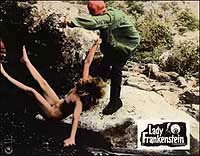 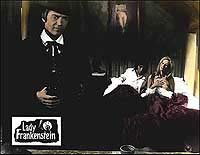 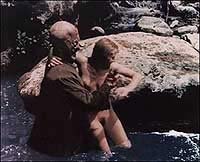 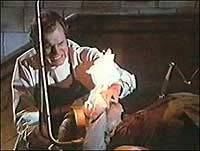 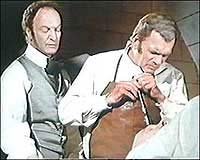 After creating life, Baron Frankenstein is murdered by his hideous creation that heads off to kill those people who were involved in its resurrection, or who are simply in the way. The baron's daughter, Tania, who has just arrived from university with the help of his lab assistant, decides to go on and continue with her father's work. To keep the high reputation of the family name and to satisfy her lustful needs. Tania seductively plans to create a perfect being with the brains of her fellow assistant and the body of the slow-witted servant.

"I am, my father's daughter". She sure is! And a whole lot more! This sleazy Frankenstein imitation (of Hammer's "The Horror of Frankenstein") is beyond warped with its kinky fixations with seedy sex and red paint jobs (gore, of course) within its highly Gothic surroundings, inspires this cheap Italian exploitation picture. Albeit at times quite nonsensical and melodramatic, at least it gave the mad doctor theme a huge revamp with its lewd nature and having a female protagonist who was in supreme control with her manipulative prowess. This refreshing twist was one of the few neat additions to this rough around the edges, but above-average production. Director Mel Welles shuffles around some assured moments of suspense, array of blinding images and builds upon the morbidly vivid atmosphere. Although the creeping sound effects and nagging music score really did give me an almighty headache. The make-up effects were simply okay with the ghastly looking monster going on to aimlessly cause havoc like they mostly do in these stories.

When it came to the performances, one can only say they were quite laboured, despite a few decent turns. The very appealing Rosalba Neri grafts away with her conniving and forcefully voluptuous personality. She was quite hypnotic in the role and looked the part of Tania Frankenstein. Joseph Cotten gives the flick a steady head for the short time he's in it and Herbert Fux makes a more than a good impression as Tom Lynch the grave robber. The raw to-the-bone story and script aren't typically the best with their telegraphed patterns, but it lifted when it needed to by showing how much Tania has taken a shine to her father's aspiring work and there were hardly any dull spots.

"Lady Frankenstein" is an entertainingly tainted exercise on someone who cherishes what they do.

Review by mylimbo from the Internet Movie Database.