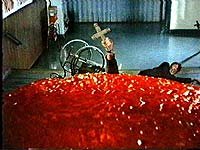 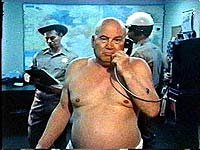 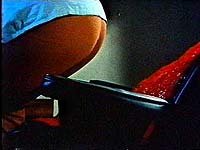 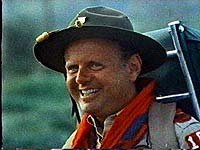 I never understood why this movie gets trashed. For the time that it was made, I don't see this as being a bad movie. This was the first "Blob" movie I watched. I knew about the original, but I saw this one first on a Saturday afternoon movie as a kid and was fascinated by the idea of it. Monsters, most of them, had faces, arms, legs, and mouth to eat you. Most of them could be killed. The Blob can absorb you when it touches you and it only be frozen. And it still isn't dead. The original idea can't touch the blood and gore movies today. Most monster movies today are about psychopaths like, Jigsaw. He would be a 21st century monster. The difference is, you can reason with Jigsaw. The idea of the Blob can never be reasoned with.

I've read online that the producers ignored the written script and improvised most of it. Being that it was 1971 during production, it would say its safe to presume that most of the cast was high during the process but given their scenes, they did a good job. I would be very interested in reading the original script and to this day with instant news, the script hasn't been posted yet. WHY? I would love to see what was so different about it and is the version that is seen today better than the script. If the writers have that copy, please post it!! Really! Who's going to laugh? Remembering the movie from when I was a kid to watching it today on DVD, I am quite surprised it wasn't cleaned up a little better. Specifically the scene where the BLOB is covering the road and Gerrit Graham's character drives up on it in his dune buggy and slams into it. I remember seeing it more clearly on TV than what I saw on DVD. Everything is digitally transferred today. Why not this one? I, along with other reviews written, will also confess that Beware! The Blob scared me as a kid. Watching it again made me wonder why. Maybe because of the zoom-in quick facials of Lisa witnessing Chester screaming for his life. I am surprised that he wasn't already dead by the time Lisa arrived. It seemed like it absorbed his wife faster than when it became bigger after absorbing her than it did when Chester sat on it. But, I guess that's the fun of a 70's horror movie. Most scenes didn't seem to make too much sense for movies that were made at that time. I also thought the effect of the barber's arms turning to jello was clever. It also seemed like there were certain shots that the producers wanted for a really good effect. The bowling alley scene was great! In my opinion, it was well shot. From the two mechanics, getting absorbed, to the manager and security guard being pulled into was frightening to me. I truly believe that a scene where you don't see the person getting eaten or hacked up leaves much to the imagination to make it scarier. That was the charm of the Blob movies. The 1988 remake didn't quite capture that, albeit it wasn't a bad movie either.

When the Blob turns its sights (if it has eyes) to the ice rink, again here is a scene where the producers had to improvise. You can clearly see that a big red balloon was inflated when it covers the door entry and the man trying to get through is assumingly eaten. Even when Bobby is climbing the rope to turn on the pipe freezing system, when the monster gets angry and tries to pull the DJ booth from the wall, you can tell there was a sheet covered in silicone waving. For all of its campiness, it was a great movie.

I never did quite get the whole "Plan B" scenario to the sheriff. I also read that someone remembers seeing a scene where Dick Van Patten's character is seen on screen getting attacked from another version of the film that was played on TV. I would be curious to see this. I'm sure you don't literally see the scoutmaster getting attacked, because with the exception of a few key scenes in the film, no one is really scene getting attacked by the BLOB. Just lots of screams.

Recently, a trailer finally surfaced. If that surfaced, where are the deleted scenes and where is the commentaries? That's my only real gripe when it came out on DVD. It was released to appease the genre and most of the actors, including Larry Hagman, laugh this movie off. Why? This was not a bad movie. I know some of the actors are dead, and the "Sheriff" committed suicide, but someone i.e. Lisa and Bobby, should have done a commentary track. It is still a fun to watch movie. I just watched it again and I'm sure in a few weeks I'll watch it again.

Well, I do hope that one day a better version of this DVD will be released and one of the actors or Larry Hagman himself, will come forward and discuss scene by scene what was going on during filming and if anybody has the original script, please upload it.

Review by chadstorm1972 from the Internet Movie Database.

Jun 9 2017, 23:10
It has moments, but those moments are relatively far between.
Additional Off-Site Reviews: