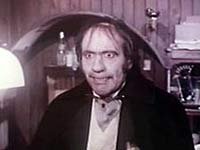 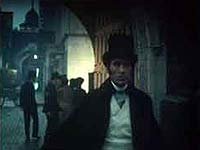 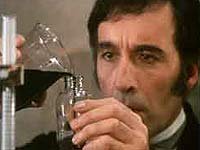 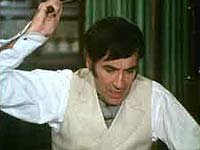 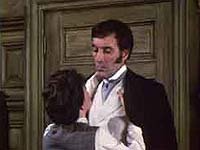 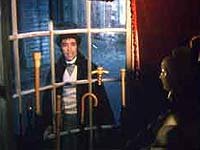 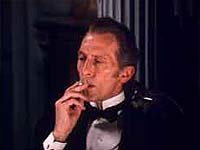 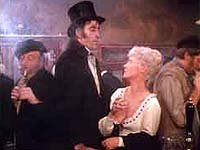 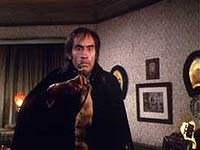 I, MONSTER is a British horror movie adaptation of the novel, Dr. Jekyll and Mr. Hyde, written by Robert Louis Stephenson. It was produced by Amicus - who along with its competitors - Hammer and Tigon - dominated the British horror movie industry in the 1960s and early 1970s.

Amicus are today best known for their excellent anthology horror movies. But they also made some non-portmanteau movies that were every bit as good - if not better - than their competitors were producing during this period. I, MONSTER is a great example of such a movie. Others include THE BEAST MUST DIE and MADHOUSE.

I, MONSTER is arguably the best adaptation of the movie as one reviewer has already suggested on this site. The only key difference is that the names of the characters have changed from Jekyll and Hyde to Marlowe and Blake. In my humble opinion, this magnificent piece of work falls just short of perfect.

The plot for those unaware of the story is as follows - a scientist experiments with drugs meant to release inhibitions. He witnesses a series of different effects - one patient behaves like a child and another craves for sexual attention. He decides to further his work by experimenting these drugs on himself. Initially he shows a hint of cruelty, preparing to use a scalpel on a mouse. But each time he injects himself, he becomes more monstrous, both in physical appearance and personality. This leads to murder and blackmail. The "split personality" theme is the main focus of the story and the movie is consistent with this.

The movie expands upon the original story by involving Sigmund Freud. It also removes the "hero and villain" mentality associated with previous adaptations by presenting the scientist as a curious and dedicated man who simply but gradually loses control of himself. The story revolves predominately around this psychological concept with one man as the focus and the supporting characters merely bystanders who either try to help or become affected in some way by the situation.

The reviewer who slated this movie for being a mere re-hash of the Hammer Dracula franchise couldn't be more wrong. The characters of Lee and Cushing are actually friends here - not adversaries as was the case in the aforementioned franchise. This movie is not about "good" versus "evil". It is instead a carefully crafted exploration into what causes "evil", how "evil" may be a necessary part of human nature, how the lines between "good" and "bad" can become blurred, and how science can have negative as well as positive consequences.

Sir Christopher Lee and the late great Peter Cushing - perhaps the top two horror actors Britain has ever known or will ever see - invest every ounce of talent they have in their characters. Their performances here are amongst the best they have done. This movie is definitely one of their best pairings. Christopher Lee's overly ambitious and open-minded scientist contrasts perfectly with Peter Cushing's overly cautious and skeptical scientist. One scene they share is particularly moving and this the true testament of their performances here.

Mike Raven seems to enjoy himself with a supporting role as yet another scientist. He held my attention in every scene he was in and I also enjoyed his performance in the movie, CRUCIBLE OF TERROR, a very unfairly maligned movie. He came across as a very professional actor despite the negative comments I have read about him. I was highly surprised to learn that he was in fact a DJ!

The producers have clearly used imagination here. As another reviewer has pointed out, the movie is not set in the foggy Gothic settings associated with Hammer horror. Instead, this Victorian setting looks realistically grim with drunken people, prostitutes, street thugs, run-down pubs and even empty cans lying on the cobbles! There is no "sugar-coating" here!

Direction by Stephen Weeks capitalises on the superbly atmospheric setting, excellent usage of camera-work, razor-sharp editing and the effectiveness of Christopher Lee's "Mr. Blake" characterisation to utilise some excellent horror. There is hardly any blood or gore here. This is a psychologically twisted situation that makes the viewer wonder who they should care about - Dr. Marlowe or the potential victims of Mr. Blake. The viewer can easily associate with the characters on the streets because Mr. Blake - with his wicked smile - was a truly scary creation - who anyone would quickly want to run away from. At the same time, the viewer can also relate to Dr. Marlowe - a scientist with good intentions who struggles to fight this inner demon known as Mr. Blake. Some great humour is also thrown in for good measure, helping to add more impact to the shocking moments, the details of which I will not spoil. Without revealing much, I can say that my favourite scene was the one where Mr. Blake visits a run-down inn to seek accommodation. Watch the movie and you'll soon find out what I mean.

I, MONSTER has only one flaw I could find - its running time is slightly too short. A few extra scenes could have gone further in exploring Dr. Marlowe's fight with the inner demon in the second half. Instead, the second half seemed a little rushed, and the ending was both too abrupt and simply too predictable. However, these factors do very little to detract from the highly entertaining viewing experience of the movie as a whole.

I, MONSTER is overall a magnificent movie by Amicus and certainly the best work they produced outside of the anthologies. I especially recommend it for all fans of movies made during the heyday of British horror movies in the 1960s and 1970s. Remember also to check out DR. JEKYLL AND SISTER HYDE, another excellent Jekyll and Hyde adaptation made by Amicus's rival, Hammer, just a few months later.

Review by manchester_england2004 from the Internet Movie Database.