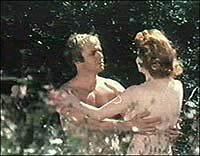 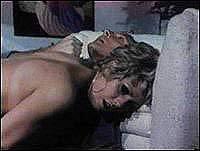 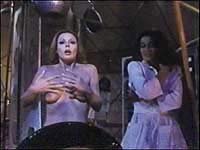 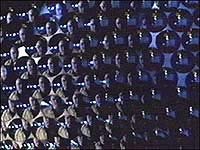 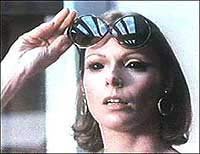 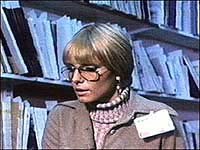 This movie starts off at a hotel where there's a dead guy in a room, John Doe. Then they interview the people and do an autopsy on the cause of death of the guy. The government then sends an agent guy to investigate his death. Since he was doing some government experiments with bees. Agent guy then goes to some library to figure out his cause of death. Then he also meets a librarian lady there as well. Agent guy also meets the last person, a lady, John Doe talked with before he died.

Then there's these scenes where naked ladies sleep with guys and they die from having sex with these girls. Agent guy then after that scene interviews John Doe's friends to find out more information on what he was doing. Another guy then dies the same way from one of the girls and the town figures out what to do. The town then has a meeting and tells the people that the men died from sex and the crowed laughs. The head of the meeting says for the towns safety not to have sex since it might save their lives and the men are aghast. After the meeting is over the librarian lady and agent guy make out until they see a car go by and see someone murdered. Agent guy then calls from a phone booth for a military quarantine. While he's doing that some guys attack librarian lady but agent guys stops them before they can do any real damage.

Librarian lady and agent guy then watch a documentary about bees and other insects. While the other guy and lady doctor go out on a date. Lady Doctor then starts sleeping with the guy and when it happens. We see this weird bee vision where lady doctor has black eyes while they do it. Then she calls they guys wife and tells her to come to her place.

Agent guy then goes to the lady doctors place which she and agent guy talk a little. After that lady doctor goes to this weird lab place. Where she makes more of these bee girls and the device that turns them also looks like a jungle gym. They then put this weird paste on one of the new ladies and she's also naked too.

Then they put her in the jungle gym and then bees fly around and on her. Then they peel it the paste off and she's a little younger now and has black eyes. Agent guy finds the other dead guy in some factory while the town tries to evacuate but can't because of the quarantine. A cop guy then tells in another scene that the other guy is dead but doesn't sound like he cares. Then the new bee girl tries to sleep with him bet he doesn't want to.

Agent guy then tells some of the town people about his theory of the mutant bee girls while the girls try and stop the military. Agent guy and librarian lady create a gamma wave device where they can track the bee girls at the guy's funeral. Lady doctor then kidnaps librarian lady and agent guys puts everything together and tires to stop lady doctor. Agent guy then destroys the conversion machine by shooting it and it gets destroyed. At the end there's also some explanation for the bee girls motivation at the end. Then it cuts to bees on flowers while agent guy and librarian girl sleep with each other.

Review by Nick Retzlaff
from the Internet Movie Database.