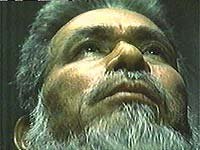 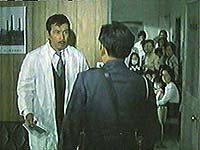 "The Great Prophecies of Nostradamus" is an epic tale of a world gone wrong, a family trying to keep it all together during a crisis, and a man's tireless efforts to save humanity from itself. In its original form, the film is an apocalyptical masterpiece. The plot and story (what story there is) moves along very quickly and the viewer is instantly pulled into the characters' dying world. I can't think of any other end-of the-world picture that is as terrifying, haunting, petrifying, and beautiful all at the same time. The movie manages to slide along all those moods effortlessly. Despite it's maligned reputation at home and in the west, "The Great Prophecies of Nostradamus" is one of the best films Toho has ever made. Everyone involved with the project should be proud of what they've done.

I'd like to give special recognition to Yoko Tsukasa's performance as the doomed Nobuo Nishiyama. Out of all the actors in the movie, Tsukasa is the most shortchanged. A good 45-50% of her screen time was cut from the original version of the film, and even more so from "The Last Days of Planet Earth" (in which she's reduced to essentially a cameo appearance). Tsukasa's first foray into Toho's fantasy output was as Princess Tachibana, who is harassed by the Yamato no Orochi in "The Birth of Japan" (aka "The Three Treasures"). Tsukasa has appeared in many prolific pictures for Toho including "Yojimbo", "47 Ronin", "Don't Call Me a Con Man", "Battle of the Japan Sea", and was seen as recently as this year's "Lucky Ears". Her role as Nobuo merely requires her to love her family and little else but she is masterful in playing it (it's nothing but appropriate that the audio track used when she dies is named "Death of a Loving Thing"-that wraps up Nobuo's character fairly well). Speaking of which, her death scene is another one of the highlights of the film. She puts Ali MacGraw's similar death scene in "Love Story" to shame-instead of whining to her husband about various life concerns, Nobuo bravely faces her death without fear and comes off as one of the most honorable characters in the film. As with much of the picture, this sequence is inexplicably cut to shreds in both the international version and "The Last Days of Planet Earth".

The cinematography by Rokuro Nishigaki is particularly well-crafted. In the original Tohoscope format everything looks top-notch, whether it's Feudal-era pagodas, brilliant sunsets, or a couple running along a shoreline with the sea shimmering nearby. It's a shame that in "The Last Days of Planet Earth", the horrible pan and scanning destroys what is a beautifully-shot picture. In fact, the U.S. version looks faded, worn, and just plain ugly.

One tenuous complaint lodged against the film seems to be that it's too preachy. People who've only seen "The Last Days of Planet Earth" would certainly get that impression-the new narrator's nonsense (who nearly destroys the picture) IS preachy; he constantly reminds us about how the end is coming over and over again. However, "The Great Prophecies of Nostradamus" is merely a straightforward cautionary tale showing us that this is what we're doing to ourselves and we need to stop it in very much the same manner as Ishiro Honda's original "Godzilla" begged for a cease to atomic testing. Despite being based upon a prediction of our own doom, the movie itself is cautiously optimistic, firmly believing that humanity can pull together and overcome the odds.

We know now that Nostradamus was wrong and the world did not end in 1999. I know for sure that when I first saw the film that it terrified me as a child and there are many others who saw the film who feel the same way; it's filled to the brim with nightmare material-nuclear annihilation is still a very real threat. However, Nostradamus is basically a small part of the movie and can easily be overlooked. The fact that the film was made in 1974 and that it's still just as relevant today is quite jarring-the lesson this film wants to teach still needs to be learned, regardless of prophetic hooey.

Note 1: Avoid "The Last Days of Planet Earth" at all costs. Find the international cut or the 114-minute Japanese version if you can.

Note 2: Despite what various sources claim, Keiju Kobayashi is not in any cut of this film.

Review by The_Keeper_of_Angela_Baker from the Internet Movie Database.