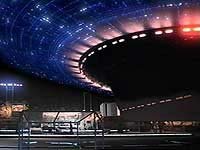 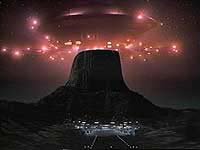 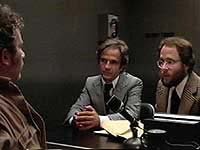 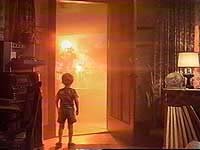 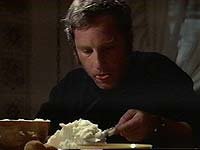 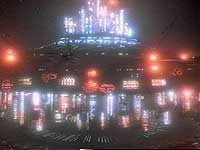 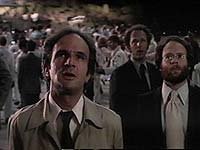 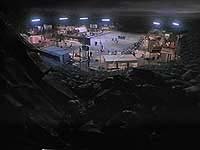 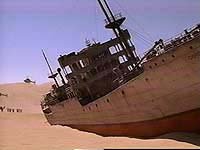 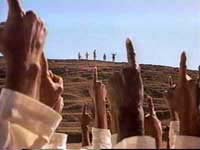 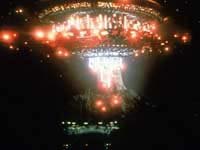 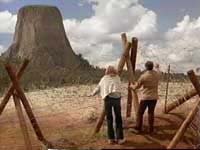 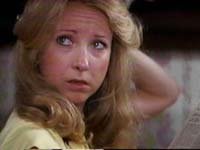 10) Francois Truffaut - I'm sorry, nothing against the guy personally, but Spielberg casting him in this movie was a mistake. At least without giving him a solid, intensive course in how to speak English. I don't mean to be so U.S.-centric, but come on - when one of your main characters has to have his every sentence translated, it gets awfully annoying, and calls undue attention to itself. A real "Special Edition" would have shown mercy for the audience and had his entire character edited out.

9) Terri Garr - Again, nothing against her, but this has to be, next to Willie Scott in Temple of Doom, the worst written female character in any Spielberg film. Ok, we're supposed to get that Roy Neary is becoming obsessed, moving dangerously away from his family - but how well served is that premise if his wife is such an unfeeling bitch from the get-go? We never see any kind of harmonious rapport between them, but neither are any marital problems examined or made clear to us. She's just the cardboard "bad guy" of the piece, and such two-dimensionality is cheap in a movie which purports to at least be partly about "real people." After all, Darth Vader or the Nazis make more enjoyable and less offensive villains than Teri Garr ever could. But her character is only symptomatic of a much bigger problem the film has, which leads directly to...

8) Who the hell ARE these people?! - And why are they so gosh-darned obsessed with UFOs. Why is it so important that Roy Neary get on that spaceship? Why is Melinda Dillon's kid - alone amongst the entire pre-adolescent population - singled out for abduction by the mysterious aliens? Why are all these seemingly normal people drawn to making replicas of that ooga-booga lookin' Devil's Tower? I mean, I know there's a place for dramatic ambiguity (hey, I love 2001!), but Steven can you at least throw us a bone? What is it about the particular people who are "invited" (in the words of Truffaut's interpreter) to see the alien landing that makes them so special? If Spielberg could have figured out some way to tie these peoples' emotional lives to the urge for extraterrestrial contact (as he did in E.T.) he might have had something powerful here. In the absence of any such clear link, however, all we get is a bunch of sound and fury (oh, and LIGHTS, too!) which ultimately signify nothing.

7) The funereal pace - Steve, yo Steve - who told you that you had to be so damn solemn about this whole thing? I guess, after Jaws, you were trying to prove that you could be SERIOUS, and WEIGHTY - and that translated inevitably as SLOW. Things take forever to happen in this movie - probably to cover up for the fact that not much does.

6) The "running up the mountain" sequence - Ok, this is perhaps a crass criticism, but am I the only one who noticed that Neary's and Jillian's escape to the top of Devil's Tower (against direct Army orders) could have made for a great action chase? In a movie, I might add, which desperately needs some action! A whole ten-minute cat and mouse game between Neary and co. and the Army helicopters in pursuit could have been a tour-de-force of style, tension and kineticism. You know, the kind Spielberg is known for. Instead, he just throws the sequence away. They get to the top of the mountain - end of story.

5) Mothership sequence lasts far too long, with no real payoff - Yeh, all those flashing lights were cool, and that five-note musical motif is ominous and haunting - but what of it? Ok, so the set pieces are in place for a great sequence, but... nothing really happens, does it? And, as with the rest of the movie, it takes so long for it not to happen, that you're numb about halfway through. This is where all the individual failures of the movie come together to lay one big colossal turd upon the viewer. Since we don't care about, or even understand, the characters we are cut off from their personal rapture at the landing; since the aliens' plans or general purpose is never articulated (or even suggested), there is no tension generated by wondering what they are going to do when they get here; and since the entire movie has been so deliberately slow and ponderous, this scene has to be even slower - you know, to show how important and climactic it is. What we're left with is a big sound and light show, nothing more. Anyone who's ever been to a Pink Floyd concert has seen it all before - and better.

Ah, I don't have the heart or the interest to continue with this list - anyway, you get the idea. Close Encounters so clearly wants to amaze and enrapture us, but it forgets that you do that best by engaging us with actual characters, making us care about them, and then leading them through a fantastic trip or quest where they find some kind of meaning. The movie has the quest part down, but neither the meaning nor the engaging characters. It's like, it believes that the suggestion of UFOs and other intelligent life in the universe by itself is enough to make us sit up and take notice. Well, it isn't. This movie lacks the zip and excitement of Star Wars on the one hand, and the philosophicalmetaphysical speculation of 2001: A Space Odyssey on the other. From Spielberg's own canon, it is missing the fundamental heart and whimsy of E.T., as well as the strong interconnectedness of the main characters found in Poltergeist.

So what does it have? A ranting Frenchman, a shrewish wife, a rag-tag group of inexplicable characters, a deathly snail's pace, and a cheesy Disneyesque parade of bright lights and colors (Wow!). If that's your idea of a good time, then be my guest.

Review by krumski from the Internet Movie Database.