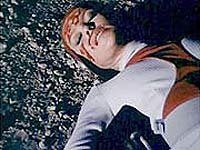 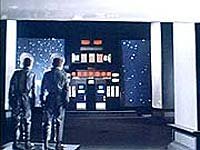 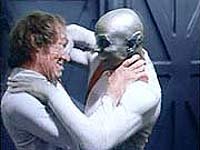 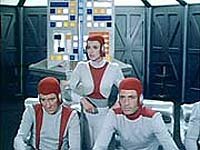 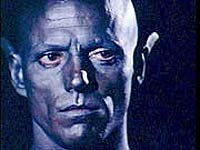 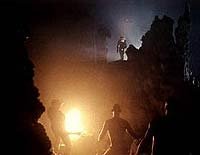 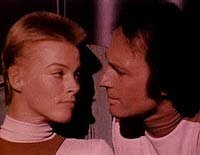 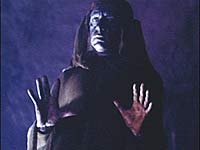 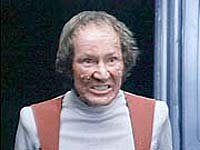 Alfosno Brescia's BATTLE OF THE STARS was actually the first of no less that five (5) ultra low budget Italian made grade C movies inspired by the success of STAR WARS in 1977. Which, by the way, is not meant to put them down, but to help classify these odd, offbeat little gems of Italian genre cinema. And by that I mean what might be referred to as "second tier" cinema using basic entertainment formulas to make movies of different genres that existed as sort of pure entertainments. You don't learn anything by watching them (except perhaps how to make a low budget genre film), there are (usually) no greater messages or meanings to be gleaned, and a week later there would be something else just like it there instead.

Starting first with the sword & sandal Peplum films, then graduating to Gothic horror movies, spy thrillers, space operas, spaghetti westerns, WW2 potboilers, urban crime & police films, giant shark mayhem and finally a quick spate of science fiction quickies, all of the films were "inspired by" the success of a major blockbuster that would then be imitated to satisfy the hunger of movie audiences who wanted to see more. So in 1977 the film to emulate was STAR WARS, at least by providing audiences with some threadbare contrivance involving space ships, guys in foil suits, robots, otherworldly dames wearing odd hats or hairdos, laser guns, star fighter dogfights, some sort of semi-robotic alien overlord, and plenty of pseudo-technical mumbo jumbo that would lend some weight to the shenanigans.

Spaghetti westernwar potboilercrime drama director Alfonso Brescia (billed as Al Brady in an attempt to not frighten distributors away from the material) did a marvelous job of making five movies for the price of maybe one medium budget Hollywood hit by reusing the same stock casts of actors, the same costumes, sets, special effects, even the same special effects sequences & basic story lines, and a marvelous cacophony of a couple hours of electronic ambient space music composed & performed by genre favorite Marcello Giombini. The films were all recycled into each other to stretch budgets across a series of paste-up jobs that, on their surface, seemed to offer much of the same visual vocabulary as the George Lucas & Steven Spielberg hits that were dominating the box offices.

The difference is of course what these films say with their vocabulary, which is admittedly far less than what STAR WARS or CLOSE ENCOUNTERS OF THE 3RD KIND were able to say, but you have to keep in mind that BATTLE OF THE STARS for instance was filmed over a course of maybe three weeks, with perhaps two more allotted for post-production work. The goals that the movies set out to achieve was far less than Lucas & Spielberg's more lofty ideals. Not because Brescia and his castscrews were untalented, but because the point was just to string together 90 odd minutes of events that would sell movie tickets, using their talents & guile to stretch their budgets to the absolute limits.

The most remarkable thing that can be said about them perhaps is that people are STILL watching the things some 30 years after they were tossed haphazardly at audiences. Sadly the surviving elements of the movies still available today leave a lot to be desired, with crummy fullscreen versions formatted for home video and dubiously dubbed into English that do indeed come across as quite silly at times, so it is perhaps to be unfair when judging their collective merits based on what's left, hence my neutral 510 score. What I and others admire about them though is how comparatively honest they are about just being quickie entertainments. Sure, the costumes and klunky sets & effects will make sophisticated contemporary audiences gag with laughter or embarrassment, depending on your temperament.

But that's part of the charm of B grade cinema which, once you get down to it, Mr. Lucas was paying homage to with his STAR WARS and Indiana Jones movies. You can't fault art for imitating the life that it is imitating itself, perhaps.