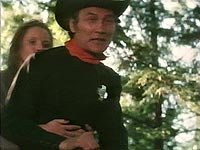 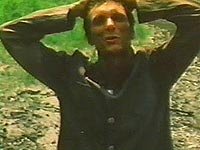 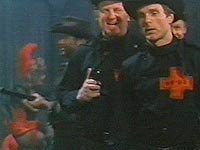 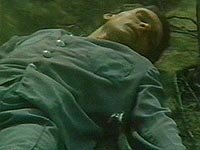 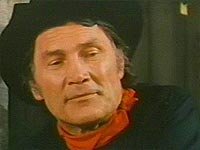 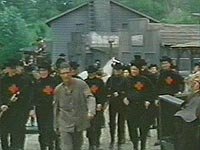 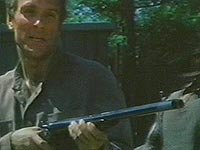 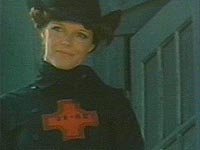 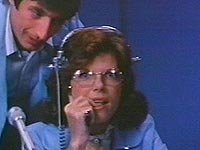 This is an interesting but flawed attempt at producing a sci-fi western hybrid in the form of WESTWORLD. In this case, the western scenario is actually a virtual reality plot designed to work out the survival of the fittest, thus discovering who the best killer is. In this "game", points are awarded for making a kill, so life is cheap as you would imagine. However, there are certain rules which must be obeyed at all costs. Sadly, WELCOME TO BLOOD CITY is spoiled by a confusing plot which remains irritatingly ambiguous as to what the heck is going on in the real world. We never learn who the subjects really are, or why they have been selected; instead we see glimpses of them in their past lives which don't really help. Similarly, the actions of Jack Palance - initially appearing to be a good guy - are never explained at the end.

Although it doesn't have anything in the way of shocks or surprises, this film does have some fun with the clichéd western shoot-outs and gun battles, which are kept lively and fun. Director Peter Sasdy injects certain scenes with style and power, and its just a shame that the film can't follow this through as a whole. Although it was a UK financed-production, this was shot in Canada (just like THE HAUNTING OF JULIA and THE UNCANNY from the same period). The Canadian locations are pretty but unconvincing for a western town.

The acting is pretty good, with even the poorest performers still being above average. Palance is great as the friendly Friedlander, and seems to be having a ball as in most of his films. Keir Dullea is a charismatic and tough hero, while familiar faces such as that of Barry Morse pad out the cast. I'll make it clear that I've never really liked THE BROOD's Samantha Eggar, and here she plays a duel role of an occupant of the town and a scientist guiding the events. Bad news for me, I thought, but thankfully she's not too irritating this time around.

Although WELCOME TO BLOOD CITY lacks the exploitational ingredient of violence to make it enjoyable, I found the whole idea of the game to be an interesting one, and the film kept me watching throughout without ever becoming boring. It just would have been nice if some of the actions and story behind the plot had been explained in greater detail. In all, though, not a bad attempt and worth a watch for fans.