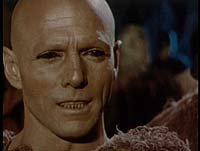 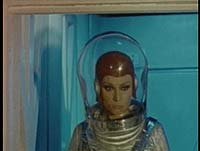 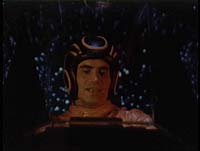 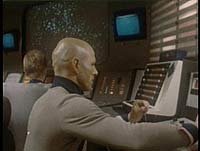 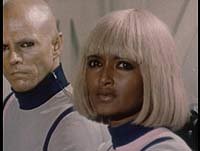 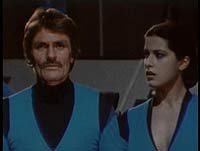 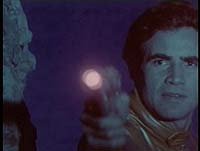 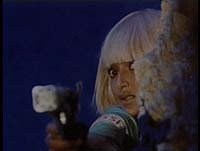 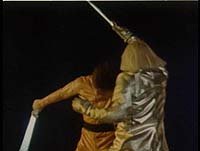 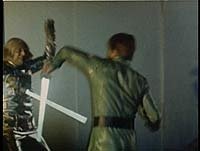 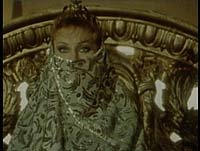 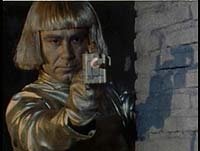 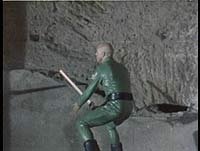 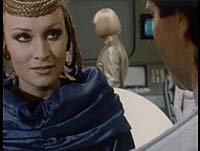 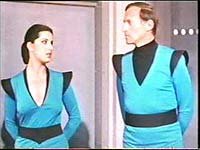 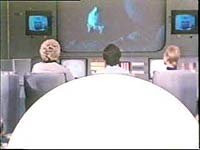 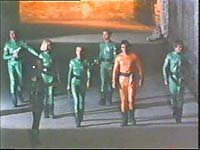 War of the Robots is a much better film than its sickly half-sister Cosmos War of the Planets. Both feature likable actress Yanti Sommer and the same Italian directing and production team, and some of the scenes could have been freely interchanged between the two films. Both films attempted to cash in on the brief resurgence of action sci-fi ushered in by Star Wars: A New Hope, and probably did not do particularly well. I would imagine that seeing them as a double feature at a drive-in might have made for a very entertaining though somewhat grueling night.

the plot of WOTR is much more interesting than what passes for a plot in Cosmos War. Both involve a multinational crew of earthlings attempting to combat somewhat inept, impolite and amazingly technologically underdeveloped intergalactic travelers who, of course, don't really look or behave very differently from bad humans. In this case, however, the aliens are mostly robotic, bleach-blond 20-25 year old young Italian men who all look as if they just auditioned to replace Brian Jones in the rolling stones. Jones died in the late sixties, just like the fashion sense this movie espouses. Everybody wears psychedelic clothing, despite the very uncomfortable form-fitting plastic leotards donned by the space ship crew. The ship itself is one of the more realistic ships I have seen in a space adventure. It is an awkward, odd-looking thing, resembling neither an F-15 nor a winged space-Corvette.

The war begins when the Brian Joneses kidnap a slightly megalomaniacal college professor who seems to have a singular genius for mechanical and electrical engineering, nuclear physics and genetics. One or all of these specialties have allowed the professor to create a device which now threatens to destroy a fairly large city back on earth, and the professor and his really annoying though apparently brilliant research assistant are charged with the task of creating artificial life for the Brian Joneses' masters, an aging race of paraplegic immortals. The captain of the earth ship, who has a personality which hybridizes Captain James T. kirk and Han Solo, is in love with the annoying research assistant and on a mission to save the earth from the professor's machine by bringing him back to earth to disarm it. Along the way, they free a slave race of cave-dwellers and take their leader, played by Aldo Canti (easily the most likable character in the film), as a new crew member. The plot takes a few twists before it devolves into the usual race against time. Had it been more carefully executed, and had the special effects budget equaled that of Ms. Sommer's salary, the film may have earned a rating of 6 or so from me.

The cinematography, directing and editing are all OK. The script is pretty silly most of the time (especially with the overdubbing) and the acting is all over the map. The weakest moments are, unfortunately, the ludicrous action scenes. None of the actors, with the possible exception of Ms. Sommer and Mr. Canti, are physical actors, and the fight scenes are poorly choreographed to say the least. Oh! and the much maligned soundtrack??? I LOVED IT!!!

this is a fun little film for B sci fi buffs, with little merit for anybody else.

Review by mstomaso from the Internet Movie Database.