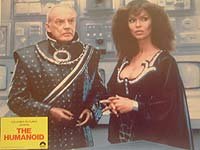 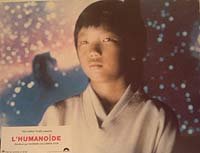 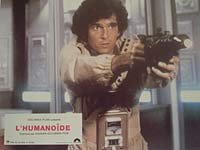 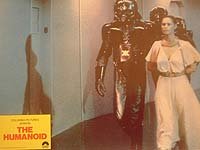 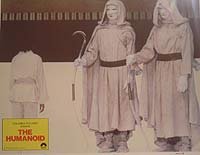 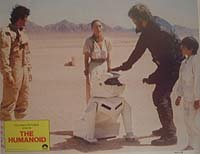 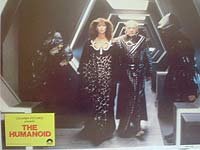 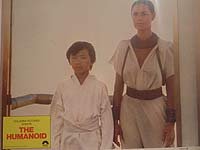 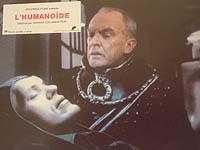 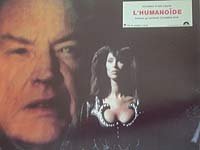 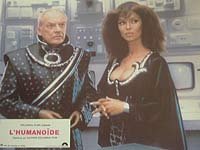 I am not sure how they could eve manage to make a STAR WARS cash-in even worse than STAR CRASH... but they did! Aside from the goofy special effects and silly dialog, there's still plenty of other lameness in this flimsy and tired ItalianIsraeli STAR WARS ripoff to keep even the most hardened viewer scratching their head with astonishment (when not passed out from sheer tedium).

The "villain" played by Ivan Rassimov has to be one of the biggest pansies I've seen as a cut-rate Darth Vader complete with cut-rate costume. His grand quotes comes on with such banalities as "keep them away from the missile" and "so you have come to battle me at last, princely hero!". He also really cracks the whip around his cronies with the likes of "you failed to kill the girl so you are stripped of your command for 100 days!". Wouldn't most villains kill their own men for disobeying them? No wonder the ragtag group of Leonard Mann, Corrine Clery, Richard Kiel, an Asian boy and a robotic dog destroy his entire army so easily... and his death has to be the lamest ever filmed... "ack, my blue screen is dying!"

Despite its lack of any script or enthusiasm, THE HUMANOID actually had enough budget to afford a dynamite cast, from Arthur Kennedy to Barbara Bach and Massimo Serato. Even better is the crew, featuring some heavy hitters such as veteran director Enzo G. Castellari to handle the action scenes, gore guru Giannetto De Rossi on makeup, special effects wiz Antonio Margheriti on miniatures, and maestro Ennio Morricone on the score. The only problem here really is that all these great people totally phoned it in. This film not only looks cheap, but is a real snoozer, owing largely to Morricone's shockingly awful "sleepy spacey music" which never stops! In what must have been some effort in experimentation, the music has no tune or melody to it; just random sounds as you'd hear on a late-night PBS "Space Tour" in the 1970's.

The only explanation for this film failing so hard to thrill at all has to do with all involved actually being aware at some level how cynical of a cash-grab the whole thing was. Really who hadn't seen STAR WARS at this point, and who here really thought they were making a better (if not even semi-competent) film? Evidently no one.

Review by Aylmer from the Internet Movie Database.