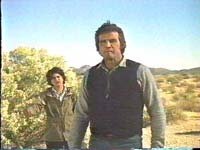 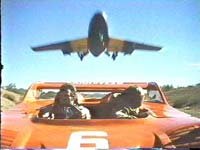 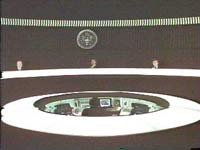 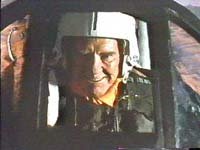 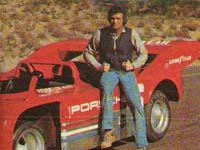 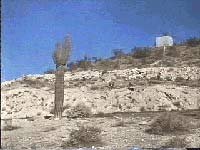 With a silliness index comparable to that of Death Race 2000, and none of the political insight, The Last Chase starts off with two strikes against it. Nevertheless, this film scored a base-hit with me and earned the "somewhat watchable" rating of 5.

If you have ever wanted to see Lee Majors siphoning regular gas from tanks abandoned 40 years ago and using it in a Formula I Car while chased by Burgess Meredith in a Sabre Jet, this is the film for you. I'm afraid that if you have never had this particular fantasy, you might want to avoid this film. Majors plays a professional race car driver forced to give up his career and dismantle his car by a US government which has outlawed petroleum use. Now let's just play along here and lets ignore the fact that the petroleum and defense industries have been the most valuable players in the election of most of the US's recent right-wing executives, and a few of the lefties too - so let's ignore this impossibility of the basic premise - and let's not even ask how these people are generating electricity, etc. I didn't notice any nukes.... Anyway. Steve Austin...ummm sorry.... Lee Majors' character decides to leave for, of all places, California, where people have not realized that petroleum use is a desire, not a right, and are carrying on the same sort of destructive culture the rest of the USA has apparently disavowed. Believability is, of course not an issue here, as the viewer is never challenged to accept any of this absurdity.

Instead, you just let it go along from ridiculous scene to ridiculous scene. And if you start to wonder how Mr. Majors kept such a straight face throughout this film, just think back on his run in The Six Million Dollar Man. And when you get bored with the Roger Corman-like 2 minute pans across screen following the ancient Burgess Meredith and his Sabre Jet, just imagine him cackling like the Penguin, or focus on the other bizarre animal noises he keeps uttering in his aerially induced euphoria.

This film is remarkably good for what it is. The script is not bad, the directing and editing are fine, the acting is decent, and the soundtrack is even acceptable. It does get boring at times, but, given the utterly ludicrous plot, it's not nearly as bad as it should have been.

Review by mstomaso from the Internet Movie Database.