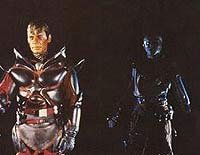 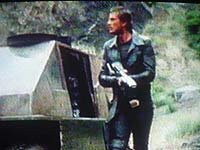 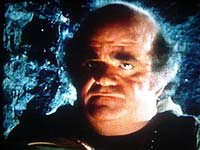 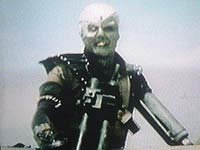 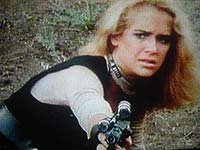 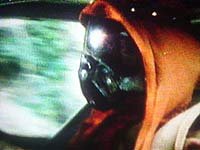 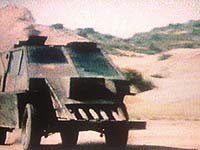 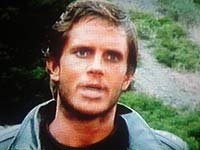 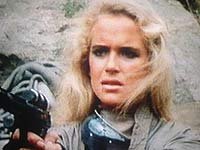 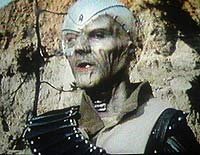 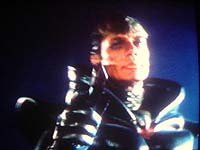 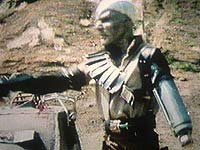 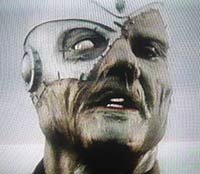 The 1983 3-D Charles Band production "Metalstorm: The Destruction of Jared-Syn" is pretty damn forgettable and obviously quite low budget but, like many other movies of its kind, it's not without its cheesy charms. One is simply going to have to be partial to this type of thing to begin with. It's highly derivative of other sci-fi features that have come before it, and it is undeniably crude. It's full of nonsense and short on sense. The characters are well defined if not exactly fleshed out (you're never in much doubt as to who is a good guy and who is a bad guy.) The action is reasonably effective, with well done stunts and explosions, and the special effects do give this the appeal of really good cheese. The most worthy component is the rousing music score by Charles's brother Richard Band; it deserves to be in a better movie.

Stiff, but not completely unlikable, Jeffrey Byron stars as Dogen, a "ranger" in a world of the future who must do battle with the overlord of the title, played by Mike Preston of "The Road Warrior". Jared-Syn, assisted by his creepy son Baal (R. David Smith), makes life miserable for people such as amiable old miner Aix (Larry Pennell) and his daughter Dhyana (a young and super sexy Kelly Preston). Knowing he needs help, Dogen gets tracking assistance from the weary Rhodes (Tim Thomerson, who easily steals the show). As the story plays out, he must also deal with a cyclopean being named Hurok (Richard Moll).

The ending to this is quite anticlimactic and disappointing (clearly there were thoughts of making a sequel to this), but getting there provides some degree of fun. If you can turn off your brain for 83 minutes, you should have a good time with this. It never really catches fire (some might even say that it's dull), but helping to give it some visual buzz, other than the 3- D, are the various desert locations and the cinematography by Mac Ahlberg, who shot many movies like this during the 1980s. Byron is a rather colourless lead, and one may wish that the more charismatic Thomerson were in that role instead. Mike Preston is an amusing villain, and Moll likewise has a real presence on screen, as always. The briefly seen Pennell is endearing, and Kelly Preston offers up a lot of spunk as the imperiled girl, who is set to be sacrificed by Jared-Syn to a great big life-giving crystal.

This may not be anything great, but it's not the worst sci-fi adventure you'll ever see, either.