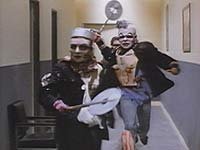 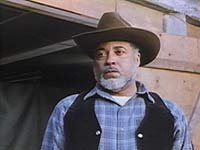 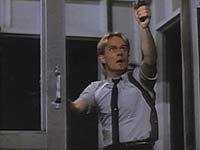 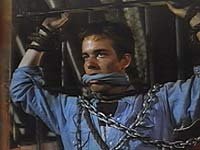 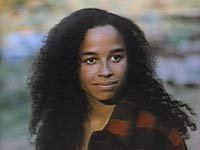 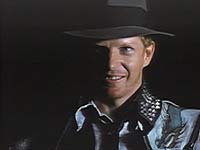 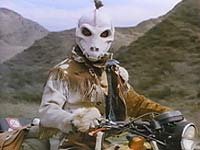 I saw this film as a part of an episode of Mystery Science Theater 3000 and I hope that the film is a complete and utter incoherent mess is due to the edits done by this show in conjunction with the edits that the video distributor did to it, because if not, this film is more incoherent than any of the Coleman Francis films that were riffed on the show! That is saying a lot by the way as Skydivers and Red Zone Cuba are at times almost random scenes stitched together! This one has James Earl Jones, Rae Dawn Chong and Kim Cattrall and not a whole else to really talk about other than the fact this film also features future producer Dean Devlin in a small role and has a girl with a nice butt at the beginning of the movie. I sat there watching this thing in amazement as people do random things and do this and that and this is supposed to pass as a movie.

The story, what I can make of it, a guy wants to join this gang called the clippers in the city because that is the hip thing to do. Seriously, this film may have been the birth of hipsters. So he just leaves a really hot chick so he can ride motorcycles because it must be the most awesome thing to do. Well he runs afoul of another gang and he may or may not have killed someone, never really clear. There is some people trying to turn the lights on, but that isn't cool man, but driving around on motorcycles that take gas is! A guy sits behind a desk and does absolutely nothing in the film, but he's the man, man and it isn't hip to be the man! Lots of general riding of motorcycles, people use guns, rag tag group reforms and does their things on their bikes and radically different and hip outfits! My guess is people who liked this movie have children that now vape.

This made for an entertaining episode of Mystery Science Theater 3000, but like I said, cuts they may have made to this film may be the main reason this film was so messy. I would try and track down an unedited version of the film, but I don't think I could sit through it without the riffs. It isn't a horror film like, The Incredible Melting Man that has some good goo effects that would be worth seeing unedited. About the only thing this one is going to offer is seeing that one girl's butt at the beginning and thanks to the fact Joel was not quite quick enough with that umbrella, I saw enough.

So, this film is pretty bad. It makes Coleman Francis movies seem like they have a point and it may be a film that foretold the coming of hipsters. Other than that, there is not much to it. You like a bunch of people running around and people on motorcycles and a lousy action scene at the end then this may be your cup of tea. However, this thing for the most part is a sorry mess and is not anything I would want to watch without MST3K. I thought Solarbabies was kind of a strange and outlandish movie about an apocalyptic future, but at least that one did a better job making it look like some weird future world. This one, not so much. Also, it is not heroic in the least to crush an unarmed man behind a desk and it is also a very anticlimactic way to take out close out your action scene.