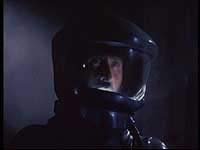 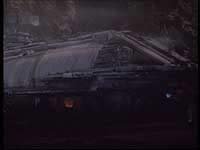 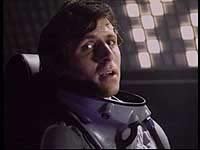 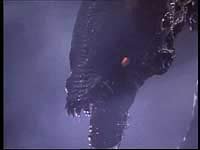 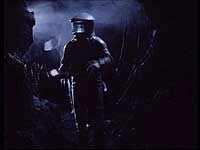 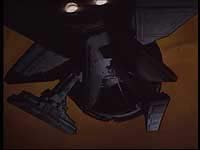 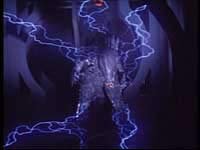 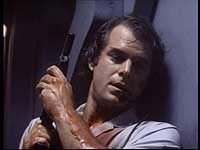 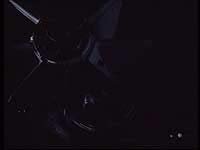 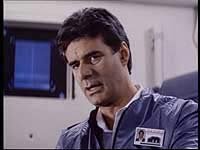 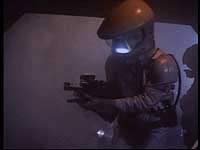 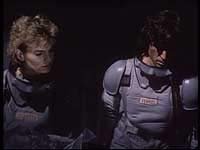 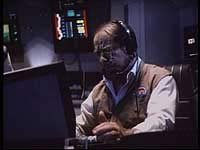 The director of the creature feature SCARED TO DEATH (1980) returns to familiar territory with this monster(s)-in-space flick; one of many similar films released in between the hits ALIEN (1979) and ALIENS (1986). Some time in the near future, rival corporations Richter Dynamics (out of Germany) and NTI (out of the U.S.) are competing for new materials to advance their manufacturing technologies. A geological research team stationed on Titan, Saturn's largest moon, runs into trouble in the form of a vicious alien creature, who makes short work of the team. Not long after, an alien-controlled ship flies directly into the space station Concord and blows it up. Suspecting an other worldly force is perhaps responsible, a seven- member group of volunteers from NTI - headed by corporate honcho David Perkins (Lyman Ward) - hope to make the archaeological discovery of the century by discovering alien life on Titan.

Upon approaching their destination, Captain Mike Davison (Stan Ivar) is forced to crash land their ship, the Shenandoh. Suffering extensive ship damage and facing a quickly-dwindling oxygen supply, the crew set out to get help from a German ship stationed nearby but discover it littered with the corpses of the crew. A big, blood-thirsty creature soon pops in for a visit and makes short work of crew-woman Susan (Marie Laurin). And that large, somewhat awkwardly-designed alien isn't the only odd creature inhabiting the planet. Outside, they stumble across the remains of a crashed alien ship and it was hauling a collection of different alien life forms; some of which are still living. One species is able to use "collective intelligence" to impersonate its victims to lure the others to their doom, which mechanic John (Robert Jaffe) soon finds out first hand when the dead "Susan" pays him a visit and strips off her clothes. And then something truly weird and terrifying happens: Klaus Kinski shows up. Ahhhh!

Kinski's character - Hans Rudy Hofner - is the sole survivor of the German expedition, and he acts extremely weird and hilarious childish and giddy as if he's not taking a second of this seriously explaining that the aliens have "vaited fer dem fer two tousan zenturres." I've watched three Kinski movies this past month and in all three of them he plays a character who grabs one of the female cast members and then squeezes their breasts! The victim this time out is Diane Salinger, who plays a potentially fun character - a tough security officer - but, like Klaus, she's not given enough to do and vanishes from a large portion of the film. Most of the action centers around the two male leads and the cute Wendy Schall (who now voices the mom of the animated series "American Dad"), who plays some kind of electronics expert.

Overall, this is a watchable, albeit clichéd and wholly forgettable, movie. The script is generic but otherwise it's well-made, the cast, art direction and special effects are all competent and there's some nudity and some gore, including a face getting ripped off, an exploding body and a female doctor (Annette McCarthy) getting her head ripped off. But at the end of the day, it's really nothing more than a passable time waster. I guess there are worse things.

Despite being pretty mediocre overall, this 750K-budgeted film ended up becoming quite profitable; making back its entire budget opening weekend alone in less than 200 theaters. As a reference point, Tobe Hooper's messy LIFEFORCE, released just a few months later the same year, didn't even make back half its huge 25 million budget in 1500+ theaters.