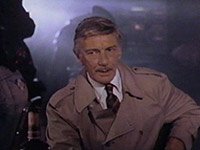 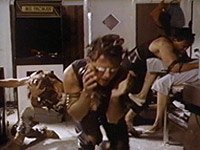 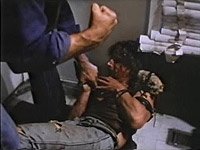 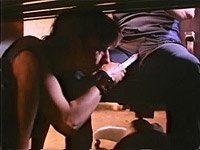 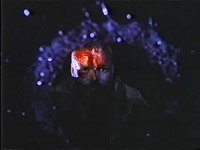 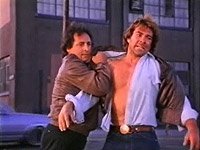 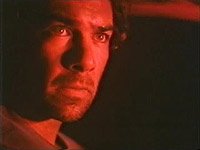 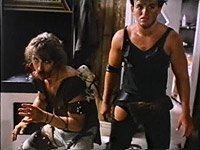 I don't understand why the other reviewer's so butthurt, but I actually liked this movie. I'd been wanting to see this for some time. I won a copy in an eBay auction and it came rather fast. I watched it, and it was pretty good. I especially liked the score by Tangerine Dream, but more on that later. Now onto the movie.

The movie is about a cop named Paul (Played by Paul Coufos) who is currently investigating the crimes of a child predator named Garrett (Played by the writerproducer Damian Lee), but little does he know that Paul and Garrett are related. The movie starts off with Paul and his partner Rosie (Played by Tony Rosato from SCTV and Damian's previous Busted Up) on a stakeout. They're waiting for a henchman of Garrett, who eventually gets shot by Garrett himself. Meanwhile, Joey, the young son of Paul's girlfriend, Maria (Played by Sonja Belliveau from Lee's Circle Man) almost gets kidnapped, only to get kidnapped for real later in the movie.

I would rather not give too much away, but I will say that probably the best character in the movie is the character of Sargent Fireman (Played by screen vet John P. Ryan from classics such as It's Alive and Class of 1999.) The score by Tangerine Dream is very well done and atmospheric, and I especially like the song at the end. I even made myself an mp3 of it. As for the direction, I think David Mitchell did a decent job. This movie, like most of Damian's films, has not received a DVD release, so if you can find a VHS copy for cheap, then get it.

EXTRAS: Aside from the song and the Cineplex Odeon Logo, nothing much. No trailers, which is actually pretty surprising since so far, every Cineplex Odeon tape I own has no trailers on them.

Review by RTheManF89 from the Internet Movie Database.