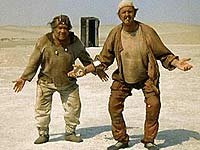 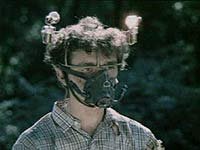 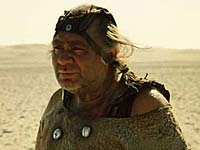 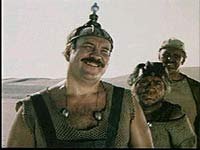 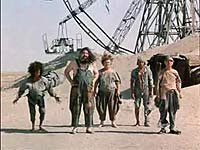 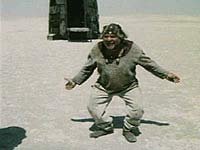 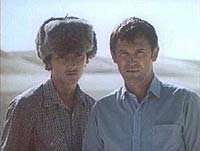 'Kin Dza Dza' is the kind of film that comes along every once in a blue moon. It's a very simple story of two very ordinary and very different strangers, one Russian, the other Georgian. Whilst going about their normal, every day business they inadvertently become stuck in a rather extra-ordinary situation, with no understanding of where they are or how they got there. The film follows them as they attempt to get home, meeting all manner of strange people with very strange concepts of hierarchy, race, society and culture. A very simple premise.

When I first saw this movie I had no idea what I was letting myself in for. I came across it by pure fluke one day in my university's video library when I was looking for an interesting Cold War era Soviet film to watch. It's easy to see why it is viewed as a cult classic by many Russians and Georgians alike.

The cinematography is surprisingly enticing. It's not particularly inspired, but it somehow just drifts along with the characters. The shots of the desert are bold and striking, whereas the shots inside ships or inside the nomads' homes are dark, cluttered and uninviting. There are stark differences between all the set pieces, and the director is thankfully skilled enough to make the transitions between these vastly different sets seamlessly. The music is very simple and almost casual as it drifts in and out of focus very subtly with the sequences on-screen. The acting is also something to behold. It fits very much in line with the ethos this film seems to carry: simplicity. The characters in this film range from the stoic and reserved, to the verbose and hyperbolically animated. All the actors play their roles very well, adding memorable nuances to their characters, and really helping to convey the peculiarity and absurdity of the situation being portrayed.

The underlying motive of this film appears to be to convey a message of equality. 'Kin Dza Dza' is a film which, through humour and through sheer simplicity, is able to make the viewer realise the absurdity of social and racial discrimination. I whole-heartedly recommend watching it. It's comical, it's whimsical, it's witty and it's poignant. Well worth the time, if you're able to acquire it.

Review by Zarathustra Iscariot from the Internet Movie Database.