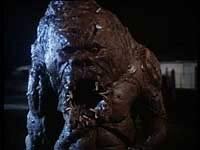 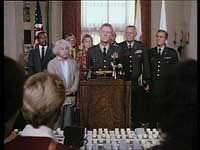 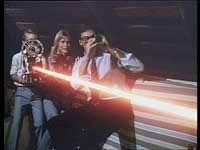 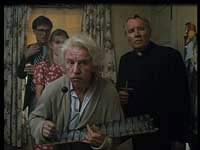 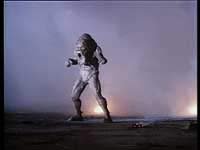 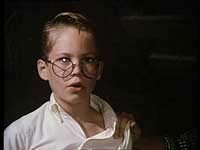 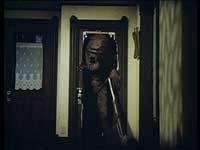 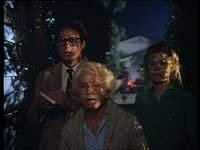 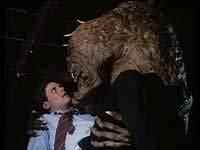 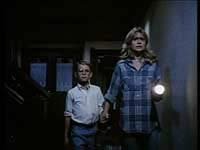 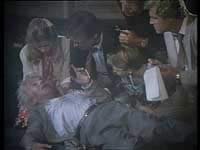 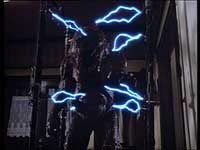 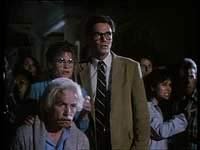 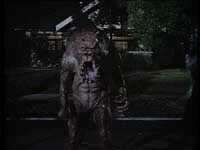 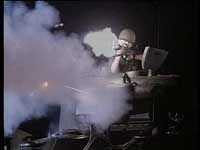 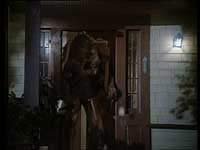 Monster in the Closet is set in the small American town of 'Chestnut Hills California' where Mary Lou (Jona Lee), a young girl & the blind Joe Shempter (John Carradine) are all attacked & killed by something nasty in their closets... Jump to 'San Francisco' & the offices of newspaper the 'Daily Globe' where usually ignored reporter Richard Clark (Donald Grant) is given the task of writing a story about the three unexplained murders by his editor Ben Bernstein (Jesse White). Richard drives to Chestnut Hills & heads straight for the local police department to interview Sheriff Sam Ketchem (Claude Akins). There he meets high school biologist Diane Bennett (Denise DuBarry) who thinks some sort of creature my be responsible because of two mysterious puncture wounds on the victims bodies. Richard & Sheriff Ketchem head over to the scene of Mary Lou's murder & Richard finds some sort of claw, he heads over to the school to ask Diane about it. Scientist Dr. Pennyworth (Henry Gibson) says he has never seen anything like it & wants to run some tests on it. Later that night at Diane's house Richard, Pennyworth, a priest named Finnegan (Howard Duff) & Diane's son (Paul Walker) are having dinner when they hear screaming from across the street, Margo (Stella Stevens) claims that her husband Roy (Paul Dooley) has been killed by a monster that came out of the closet. A national emergency is called & the army is called in to combat the threat that the monster in the closet poses...

Written & directed by Bob Dahlin I was somewhat surprised that Monster in the Closet was a decent little film. The script is a homage to all those 50's type monster films, from the General who wants to just kill the threat to the scientist who wants to study it & the priest who who thinks religion is the key. The reporter who looks & feels like Clarke Kent from Superman as the hero & the attractive female. Because of the type of comedy horror hat this film is it starts to drag a little & it starts to get a bit boring. The term 'one-joke-film' springs to mind. There are a few amusing moments & if your familiar with the type of film that Monster in the Closet spoofs then you may get a fair amount of enjoyment out of it's 90 odd minute duration. I doubt anyone would want to watch it more than once though & the pointless constant on screen captions become highly annoying.

Director Dahlin films with competence on an obviously low budget. The monster itself looks a bit rubbery but I didn't think it looked too bad. There is no blood or gore whatsoever so forget about anything like that. There is a touch of nudity in a shower scene. Apparently Monster in the Closet was filmed in 1983 & was picked-up & released by Troma in 1987, make of that what you will.

Technically Monster in the Closet is pretty good, nothing outstanding & it has cheap production values throughout but it ended up being better than I had expected. The acting isn't brilliant but again by no means the worst I've seen, Carradine makes an appearance for all of 4 minutes at the start.

Monster in the Closet is a decent little homage to many other sci-fi horror films & fans of those genres would probably get more out of it than others.