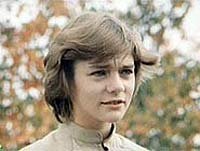 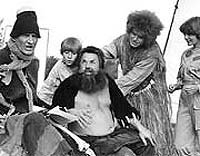 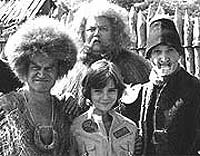 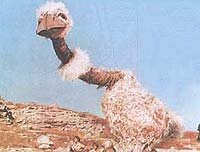 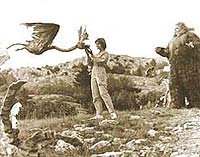 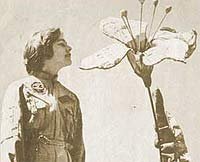 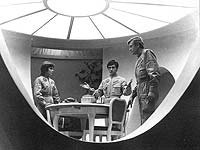 I acquired the tape to this Russian children's adventure a few months ago in part became I am translating the author's stories. Alice is the Harry Potter of Russian literature, with about a dozen books out since 1967. Three of them, this, 'Gost'ya is budushchego,' and 'Taina tret'ej planety' have been filmed or animated. There are some differences. Characters have been condensed to compact the story. The character of Gromozeka, the space archaeologist, has, in the books, tentacles, seven eyes arranged on his head in a fan, and an insatiable thirst for valerian drops. In this film he was portrayed by a human actor (who also appeared in 'Gost'ta...') and resembles the cowardly lion. Pavel Arsonov, who died some years ago, also filmed "Volshchebnik izimrudnogo goroda," or the "Wizard of the Emerald City," from the famous Russian children's tale.