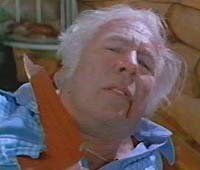 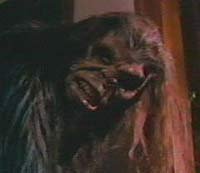 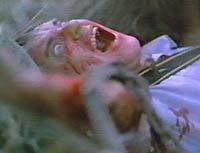 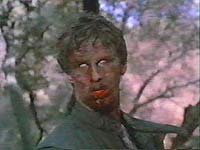 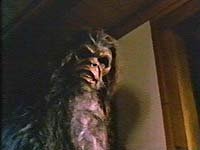 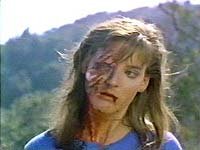 In the eyes of the majority of splatter fans across the globe, John Carl Buechler has always played second fiddle as a serious contender for king of the horror crown. Despite Roger Corman crediting him as 'the best in the business' and being the only make up effects guy to work on all three of the giant franchises (FreddyJasonMichael Myers), he never quite attracted the cult appeal that Tom Savini held throughout horror's heyday. As a director he showed potential with kids favourite Troll; but Paramount's stringent censoring of his Friday the 13th sequel (part VII) left the movie ranking among the series' worst. His directorial career pretty much faded following The New Blood's dismal reception and his recent slasher  Miner's Massacre  underlined the fact that he would never share a stall with the likes of Wes Craven and John Carpenter. Demonwarp was my first taste of Buechler as an author and in all honesty I felt quite optimistic. There's no denying that he possesses extreme talent, it's just unfortunate that a few of his greatest moments have suffered under the hands of the MPAA.

Demonwarp chucks everything but the kitchen sink into a horror cocktail that sounds extraordinary on paper. Zombies, aliens, UFOs and a murderous big foot all play a part in a plot that's riddled with gore and mayhem. But it can really only be categorised as a slasher movie, because the majority of the runtime plays almost identically to cult favourite and former video-nasty Night of the Demon.

The opening scene is actually supposed to be set in the 1880s, but we're not told that until much later in the feature. A priest is wandering leisurely along the top of a cliff reciting bible psalms and giving his horse a personnel sermon. (I know that sounds strange, but there was no one else anywhere near him!) As he reaches the peak of the mountain, out of the corner of his eye he spots an unidentified flying object hurtling directly into his path. It crashes down to create a huge crater just a yard from his feet. Despite leaving a chasm the size of a football pitch, the impact doesn't even unbalance the churchman and his trusty mule! Don't forget that this guy is so religious that he even preaches to his horse, so it's understandable that he believes it's the second coming. I'm less convinced.

Transport forward a century to the glorious eighties and things are already looking hackneyed as we enter a remote cabin in the woods. That old hamster George Kennedy must have been in desperate need of a bit of extra 'beer money'; because here he is further degrading his one-time Academy Award garnished status. You can tell that he did this just BEFORE the first Naked Gun job was offered, because that pretty much lifted his career beyond the realms of B movie plop for a few years or so. Anyway here he plays Bill Crafton, an old coot that's just trying to spend a little quality time with his bubble-permed daughter. We can tell that this reunion isn't going to last much longer as soon as we see those classic growling POV shots creeping up the road in front of the cabin. Before you can say 'Friday the 13th', the door flies off the hinges and Julie Crafton is victim numero uno. She gets brutally smothered to death by what looks to be a huge Big Foot creature, whilst her dad's left fighting for consciousness on the floor.

Next up a van full of clichés pull up outside the cabin, presumably for a woodland break, although Jack (a creditable Kurt Russell look-alike) has his own reasons for visiting that particular spot. Apparently his uncle Clem disappeared around that area and so he's brought along some psycho-fodder to help track him down. As if you hadn't guessed Big Foot is still out roaming and he continues his rampage upon the group of eighties space fillers. Will George Kennedy's numerous explosive traps save them? Or will they have to stop the beast by themselves?

Demonwarp traipses through the trappings like a programmed robot for the first hour or so, with nothing to separate it from any other killer in the woods flick from around that time. As soon as scream queen extraordinaire Michelle Bauer turns up only to rip off her top, I knew that this was going to be cheese by the bucket full. But then on the hour-mark things get even sillier as we're given zombies, aliens, satanic rituals and even spacecrafts all in the space of about thirty-five minutes. I won't ruin the plot by telling you how Buechler's story tried to incorporate every known horror icon in one movie; but let's just say that by the end it wouldn't have looked out of place if we had seen cameos from Frankenstein, Dracula and Jekyll and Hyde.

The acting is as below par as you might expect and Kennedy just looks to be waiting for that paycheck to be written. There's a couple of OK-ish gore scenes that brighten things up, which include a gooey head ripping and a disembowelment by stick. Unfortunately there's nothing here that we haven't seen somewhere else before. Emmett Alston fails to lift the shocks above passable, but what do you expect from the guy that directed New Years Evil?

So all in all a run of the mill eighties hack and slasher, despite the promise of everything rolled into one. The ending leaves you wondering just what drugs Buechler was snorting when he dreamt up this little beauty? Average.

Review by LuisitoJoaquinGonzalez from the Internet Movie Database.