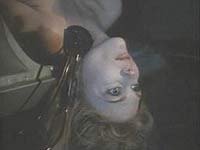 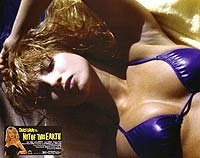 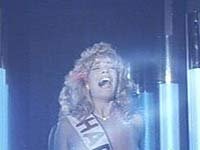 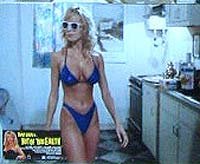 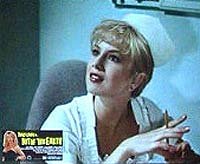 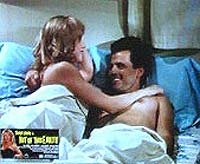 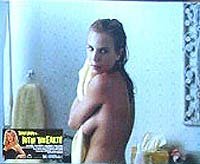 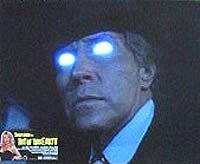 A mysterious stranger known only as Mr. Johnson turns up and demands a blood transfusion. Dr. Rochelle grants him the blood, and sends his nurse Nadine Story to stay with him, in order for him to get his daily transfusion. Dr. Rochelle becomes interested in Mr. Johnson's blood, especially when it turns out to be nothing like normal human blood. It gets even weirder, when Mr. Johnsons servant, Jeremy notices people entering the house and not leaving. Nadine decides that she must search the house in order to find out the truth about Mr. Johnson.

I wan't expecting a classic when i put 'Not of this Earth' into my DVD player, and although i was right about it not being a classic, i did surprisingly enjoy it. There are a lot of cheap movies, which are just painful to sit through and look so unprofessional, but this was not one of them. The acting was actually very good. Traci Lords was good, especially since she was a porn star before this. Arthur Roberts was good at playing a sinister villain. You really do feel there was something hiding with him. The film was advertised as rated 18 for sex scenes and nudity, but i didn't feel as if they was any more than you would find in a 15 certificate film. The nudity was very brief and only happened in small scenes. A scene where three hookers were topless turned me off more than on. The violence was very little and the special effects were pretty much cartoon. Still, it was fun to watch on a Saturday night.

"That's a nice little mole you have on your left cheek." - Jeremy (Lenny Juliano).

Review by FilmFanInTheHouse from the Internet Movie Database.