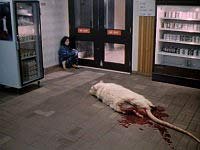 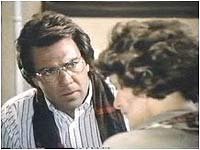 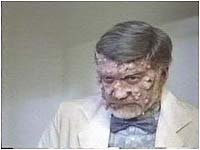 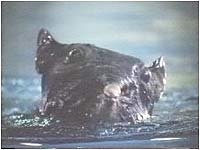 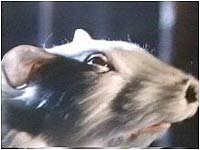 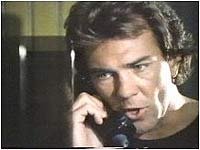 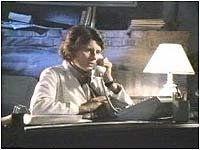 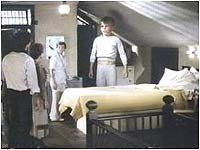 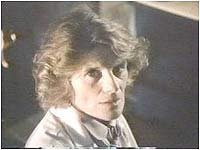 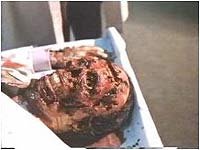 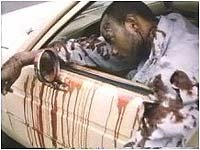 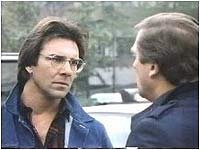 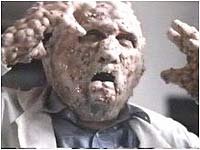 Bert I. Gordon was a somewhat decent director who has gained a huge cult following over the years due to his drive-in fluff like The Cyclops, Earth vs. The Spider, The Amazing Colossal Man, Attack of the Puppet People and Village of the Giants with a young Ron Howard. All of these dealt with people andor animals growing to a huge size and attacking us smaller people. In 1976 Gordon made a comeback with the cult classic The Food of the Gods, which turned out to be one of the biggest disasters of his career yet it was bad enough to be laughable at times. They should have left bad enough alone but thirteen years later we got Food of the Gods 2, which is also known as Gnaw. While Gordon didn't direct this sequel his stamp of approval must be all over it.

The story is pretty sweet and simple. Dr. Neil Hamilton (Paul Coufos) is called to his former teachers house because she has a huge secret to tell him. The teacher did an experiment on a small child using growth hormones and somehow the child grew to a gigantic size. The teacher asks her favorite student to do some more experiments to see if something can be created to reduce the size of the child who is not only still growing but his attitude is getting violent.

Back on the college campus, PETA members are throwing a fit because the school is doing experiments on live animals. Dr. Hamilton was always against this but since there's a child involved his tries the grown hormone on a rat, which does start to grow but before the doctor can put a stop to it, the rat escapes and heads off to the sewer. Even worse, at least a dozen other rats broke loose and ate the formula so dead bodies start popping up all over the place. Faces are eaten off, arms ripped out and the floors are drenched with blood but the doctor must find a way to stop it all.

Director Damian Lee does a very smart job with this film and avoids the mistake of the original. The original was a flat out bomb because the director took the material way too serious but thankfully Lee doesn't do that and instead delivers a rather comical horror spoof that takes shots at everything from Gordon to PETA to even Jaws. The story is very stupid and not believable but this is a horror film so logic really shouldn't be taken into consideration. This certainly isn't a good movie either but if you've got nothing better to do and it's three in the morning then you should find yourself laughing.

Since the story isn't important that means there must be something worth watching and that's the animal attacks that are downright hilarious. The scenes are actually very well handled but each of them are still held back by a low budget and that's where the over the top factor comes into play. Often times we get close up's of a doll rat attacking someone with a quick edit to the aftermath, which is usually red stuff pumping out of a missing arm or a face that's had the eyes eaten out. Another hilarious scene happens when a couple are trying to have sex and the guy leaves to use the bathroom but to only run into a mouse. All of the attacks are rather violent in a comic book way and the director certainly had enough in the budget to throw around the red stuff, which is what horror fans want.

Outside the gore the next important thing is the humor that is scattered throughout the film. The best moments occur with a Clint Eastwood wannabe character who is a rat catcher. He's shows up on the scene, riffle in hand and a cigar in his mouth. This is clearly a spoof of Eastwood's Sergio Leone westerns and is cleverly done. Another wonderful moment happens during the climax when the rats overtake the college and a new pool, which they are showing off. The rats swimming around attacking the human swimmers is something that has to be seen to believe. Another idea of the comic nature is during a sex scene where a guy has taken the growth formula and a certain part of his grows a bit too big during sex. I'll let you use your imagination on this one.

Food of the Gods 2 is in no way shape or form a "classic" film but it isn't trying to be. The film has a stupid story with some bad actors but thankfully the director knew this and pushed everything over the line and he actually delivered a rather entertaining film. After hating the original I thought this was would be horrid but I was pleasantly surprised in the end. If you're not a fan of those "animal attack" films or the films of Gordon then you probably won't like this either. However, if you appreciate films like The Cyclops and Attack of the 50 Foot Woman then you should get the comic nature of this movie.